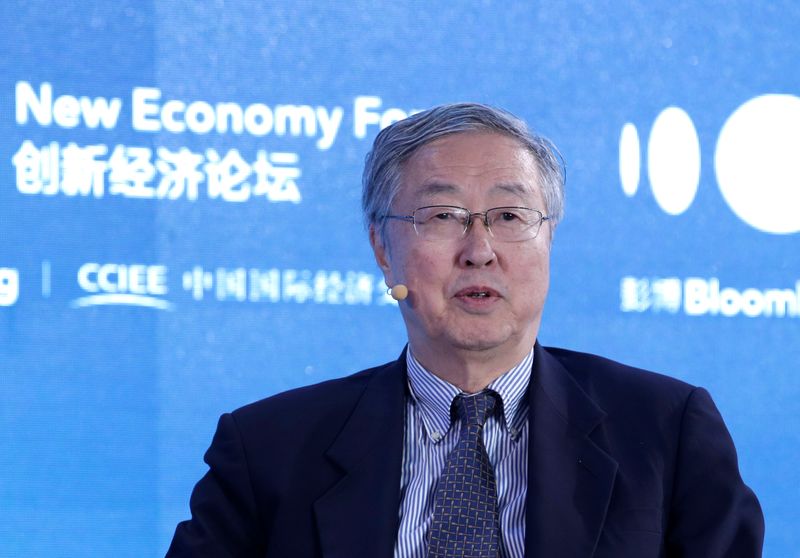 BOAO, China (Reuters) - China should not rush to use the digital yuan for cross-border payments due to regulatory obstacles and foreign concerns about it's global impact, Zhou Xiaochuan, the country's former central bank governor, said at the Boao Forum on Wednesday.

China is one of the frontrunners in the global race to launch central bank digital currencies to modernise financial systems, ward off the threat from cryptocurrencies like bitcoin and speed up domestic and international payments.

The digital yuan, which will be mainly for domestic retailing payments, is likely to be used for cross-border payments but it faces complex issues such as restrictions on money laundering and terrorist and gambling funding, Zhou said.

Cross-border payments via digital yuan were not easy, he said. "We cannot rush it."

The digital yuan would depend on the Chinese currency's global status being determined by China's economy, currency stability and convertibility, said Zhou, who was until 2018 was China's key architect and driver of its global yuan ambitions.

Zhou shrugged off foreign concerns that the digital yuan could pose a threat to the existing global financial system. Some in the United States have expressed concerns over China's bid to topple the dollar as the dominant global currency.

"In reality, it won't be that serious," Zhou said.

The yuan still trails behind the dollar in terms of convertibility and free use, Zhou said.

On Sunday, central bank vice governor Li Bo told the same forum that China will expand digital yuan experiments to more cities, but there is no specific timetable for its official rollout.

Li also said the yuan internationalisation will be a natural process, and China's goal is not to replace the U.S. dollar or other global currencies.