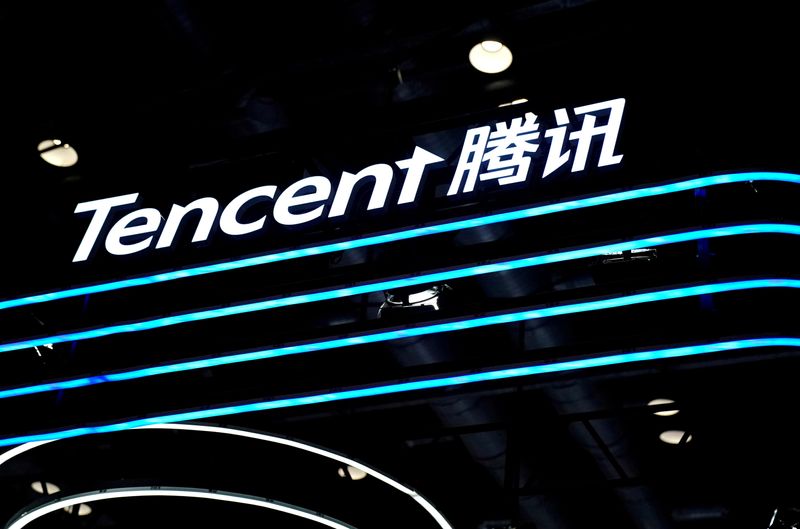 FILE PHOTO: A Tencent logo is seen at its booth at the 2020 China International Fair for Trade in Services (CIFTIS) in Beijing, China September 4, 2020. REUTERS/Tingshu Wang

SHANGHAI (Reuters) -China has required Tencent Holdings submit any new apps or updates for inspections before they can be uploaded after a number of its apps were found to have committed violations, Chinese financial media outlet Yicai reported on Wednesday.

Yicai, citing unnamed sources, said the Chinese social media and gaming giant had been required to do so by China's Ministry of Industry and Information Technology (MIIT) after some of its apps were found to have infringed users' rights and interests.

It also said that MIIT had recently issued a notice to say that between Nov. 24 to Dec. 31, all mobile apps and their updates will need to undergo a roughly seven-day-long review before they can be uploaded to app stores.

Tencent said its apps remained functional and available for download in response to Yicai's and other local media reports.

"We are continuously working to enhance user protection features within our apps, and also have regular cooperation with relevant government agencies to ensure regulatory compliance. Our apps remain functional and available for download," the company said.

Chinese regulators have in over the past year mounted a wide-ranging crackdown on its tech giants, seeking to dismantle some of the industry's long-held practices after accusing them of monopolistic behaviour and infringing user rights.

This has included a step up in checks on mobile apps by regulators. On Nov. 3, MIIT ordered 38 apps from companies, including those of Tencent, to rectify the excessive collection of personal information.

(Reporting by Brenda GohEditing by David Goodman and Louise Heavens)