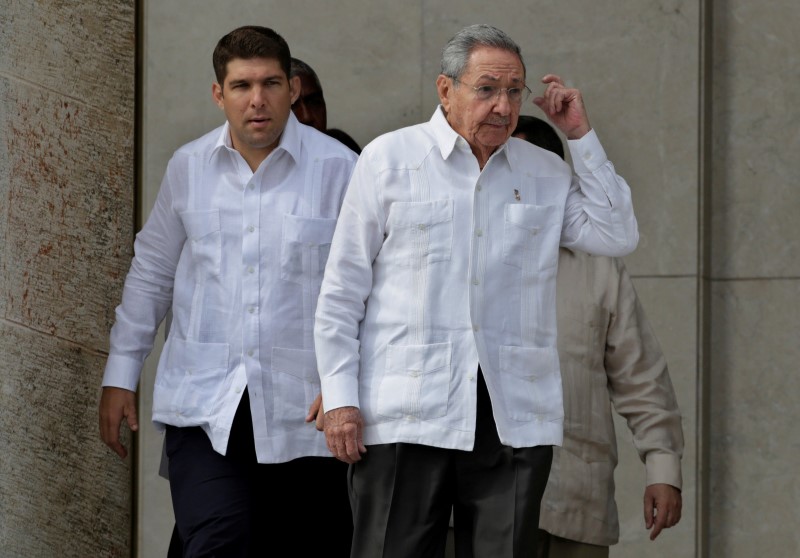 Cuba's President Raul Castro arrives at the official photo of the 7th Summit of Heads of State for the Association of Caribbean States (ACS) in Havana, Cuba June 4, 2016. REUTERS/Enrique de la Osa

HAVANA (Reuters) - President Raul Castro told Cubans on Friday to brace for tough times because the Communist-run country must cut spending and energy supply as it deals with a cash crunch and reduced oil imports from ally Venezuela.

Cuban economic growth slowed to 1 percent in the first half of this year from 4.7 percent in the same period of 2015, Castro told the mid-year session of the National Assembly. This was half of what the government had forecast.

The economic outlook throughout Latin America has weakened due to lower commodity prices.

Castro's warning came at a time when Cuban expectations are high due to economic reforms and warming relations with the United States.

"Rumors and forecasts of an imminent collapse of our economy with a return to the acute phase of the Special Period ... have started to appear," Castro said according to a copy of his speech provided by the country's official news agency Prensa Latina. Foreign journalists are barred from the assembly.

He was referring to the years after Cuba's biggest benefactor, the Soviet Union, collapsed. During that time, in the early 1990s, Cubans had to cope with widespread power outages and food shortages.

"We cannot deny there will be some impact, including worse than currently, but we are prepared and in better conditions than then to revert it."

Public offices and state-run companies have already cut work hours and are limiting the use of air-conditioning, workers have said. Cinemas have cut the number of film screenings, and petrol stations are running out of fuel more frequently than in the past few years.

Castro said Cuba was struggling to pay foreign suppliers on time, and thanked them for their "confidence and understanding of the transitory situation we are in." He reiterated the government is determined to pay the suppliers, even if delayed.

Cuba had at least been able to fulfill its international debt obligations, Castro said.

"We will not give up the aim of continuing to reestablish international credibility in the Cuban economy," he said.

Lower commodities prices are battering Cuban exports of nickel, refined oil products and sugar, while revenue from the sale of professional services to oil-producing countries such as Venezuela and Angola has suffered, Castro said on Friday.

He said the economic crisis in Venezuela was affecting its oil supply to Cuba. Reuters reported earlier on Friday that Venezuelan shipments of crude oil and refined products to the island nation had declined around 20 percent in the first half of this year.

As a result, Cuba must reduce all unnecessary spending, substitute imports for Cuban-made goods, invest in sectors that generate hard cash and use energy more efficiently, Castro said.

"At the same time, we will preserve the social services the Revolution has conquered," he assured.

The president did not detail the energy cuts. But the Communist Party weekly in eastern Holguin province, reporting on a meeting of top officials there, wrote this week that the government plans to reduce energy consumption by 28 percent in the second half of 2016.

While Cuba has a long history of energy rationing, many Cubans expect more now as its relations with the West are improving and it is diversifying its trade partnerships.

"We Cubans we've confronted everything," said Ramon Luaces, a carpenter in Havana. "But I do hope the system improves a bit... if the problem with Venezuela is this serious, they should look for other options."