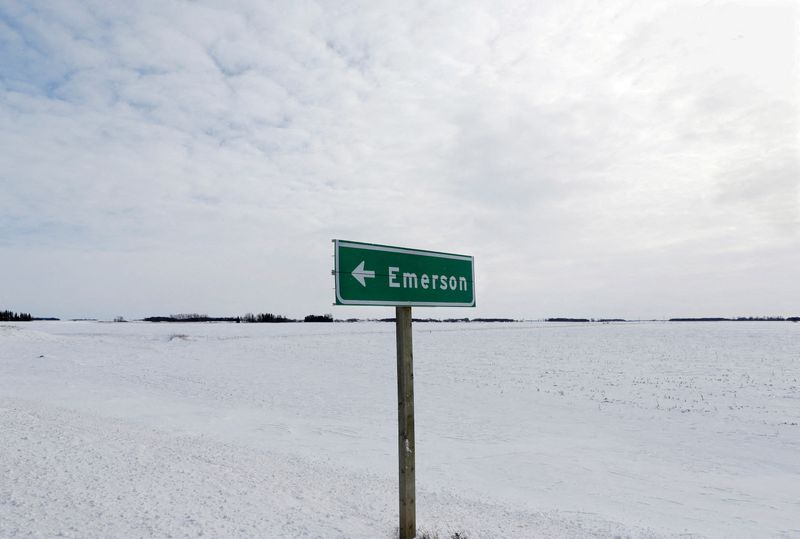 OTTAWA (Reuters) -Canada is doing all it can stop people smuggling across the U.S. border after a family of four froze to death in a "mind blowing' tragedy, Prime Minister Justin Trudeau said on Friday.

U.S. authorities have charged a U.S. man with human trafficking after the four - a man, woman, baby and teenager - were found dead in the province of Manitoba, a few yards north of the frontier with Minnesota.

The four have tentatively been identified as a family from India, part of a larger group trying to enter the United States by walking across snow-covered fields in a remote region during blizzard-like conditions.

"It was an absolutely mind-blowing story. It's so tragic to see a family die like that, victims of human traffickers ... and of people who took advantage of their desire to build a better life," Trudeau told a news conference.

"This is why we are doing all we can to discourage people from crossing the border in an irregular or illicit manner."

The four people died about 6 miles (10 km) east of Emerson, a small farming community. David Carlson, head of the local municipal council, said there was no shelter at all in the area.

"It would almost be like a lunar-type landscape and you can become lost or disoriented very quickly in those kinds of conditions, especially as you're beginning to freeze and no doubt panic," he told the Canadian Broadcasting Corp.

"There's no lights up there. You would have probably been in close to zero visibility."

Emerson said the incident was unusual since in the past, people have tried to cross into Canada from the United States, rather than the other way round.