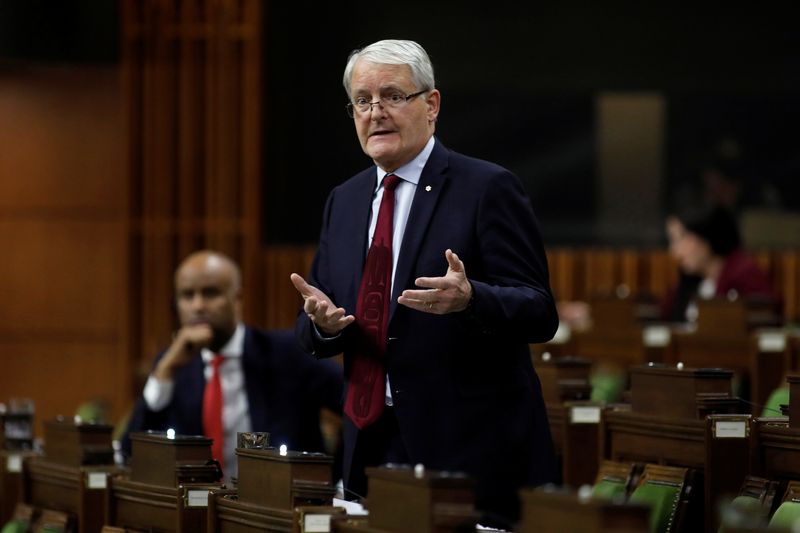 FILE PHOTO: Canada's Minister of Transport Marc Garneau speaks in the House of Commons as legislators convene to give the government power to inject billions of dollars in emergency cash to help individuals and businesses through the economic crunch cause

OTTAWA (Reuters) - Canada on Monday scrapped export permits for drone technology to Turkey after concluding the equipment had been used by Azeri forces fighting Armenia in the enclave of Nagorno-Karabakh, said Foreign Minister Marc Garneau.

"This use was not consistent with Canadian foreign policy, nor end-use assurances given by Turkey," Garneau said in a statement, adding he had raised his concerns with Turkish Foreign Minister Mevlut Cavusoglu.