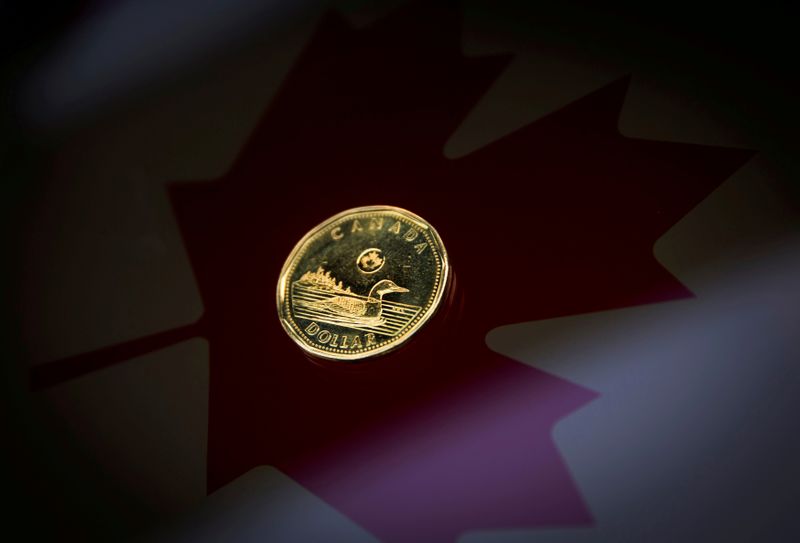 FILE PHOTO: A Canadian dollar coin, commonly known as the "Loonie", is pictured in this illustration picture taken in Toronto January 23, 2015. REUTERS/Mark Blinch

TORONTO (Reuters) - Canada is raising the share of long-term debt it issues, including quarterly auctions of ultra-long bonds, as spending on COVID-19 related economic support adds to its debt load, a budget document showed on Monday.

The share of bond issuance with a maturity of 10 years or greater is set to rise to 42% in the fiscal year ending next March from 29% the prior year. It was 15% before the crisis.

Raising the average term of the debt could reduce the risk of having to refinance debt in future years at higher interest rates. Long-term borrowing costs remain historically cheap despite higher yields since the start of the year.

"We think that's a prudent thing to do given where interest rates are today because it helps us manage the debt in a more predictable way," a senior government official said.

More governments are selling bonds that mature in 30, 50 and even 100 years' time as investors look past risks for the sake of slightly higher yields.

To support its climate-friendly goals, Canada will launch for the first time a green bond, targeting C$5 billion of issuance, while it is exploring the potential sale of social bonds, which could support investments in early learning and child care.

Total bond issuance is seen falling to C$286 billion from C$374 billion in 2020-21, helped by a projected narrowing in the budget deficit.

Still, Canada's total market debt was projected to climb to C$1.3 trillion, up about 80% since before the crisis, while debt as a share of GDP is set to climb to 51.2%, its highest since 1999.

"We believe given Canada's very strong fiscal position, its AAA rating ... there will be a substantial appetite for Canadian government securities both in the domestic market and overseas," the senior government official said.

Much of the increased debt load has been bought by the Bank of Canada. The size of the central bank's balance sheet has increased to about C$550 billion from C$120 billion before the crisis as it began for the first time a large-scale bond buying program to support the economy.

Analysts expect the BoC to announce on Wednesday it is cutting bond purchases from the current pace of C$4 billion per week.