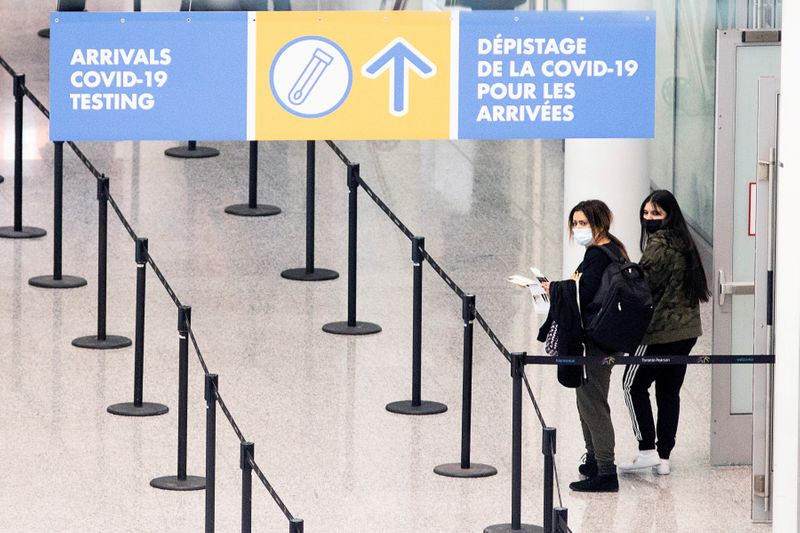 By David Ljunggren and Allison Lampert

OTTAWA (Reuters) - Canada's government said it would temporarily bar passenger flights from India and Pakistan for 30 days starting on Thursday as part of stricter measures to combat the spread of the coronavirus.

The center-left Liberal government of Prime Minister Justin Trudeau acted after prominent right-leaning politicians complained Ottawa had not done enough to combat a third wave of infections ripping through Canada.

India on Thursday recorded the world's highest daily tally of 314,835 COVID-19 infections amid fears about the ability of crumbling health services to cope.

Canadian Health Minister Patty Hajdu said that while Indian citizens accounted for 20% of all international arrivals, they represented over 50% of the positive tests conducted by Canadian airport officials.

"By eliminating direct travel from these countries, public health experts will have the time to evaluate the ongoing epidemiology of that region and to reassess the situation," she told a news conference.

The conservative premiers of Ontario and Quebec - the most populous of Canada's 10 provinces - wrote to Trudeau earlier on Thursday urging him to crack down on international travel.

Transport Minister Omar Alghabra said Canada would not hesitate to bar flights from other nations if needed.

Britain said earlier that India would be added to its "red-list" of locations from which most travel is banned due to a high number of COVID-19 cases.

In addition, France is imposing a 10-day quarantine for travelers from Brazil, Chile, Argentina, South Africa and India, while the United Arab Emirates has suspended all flights from India.