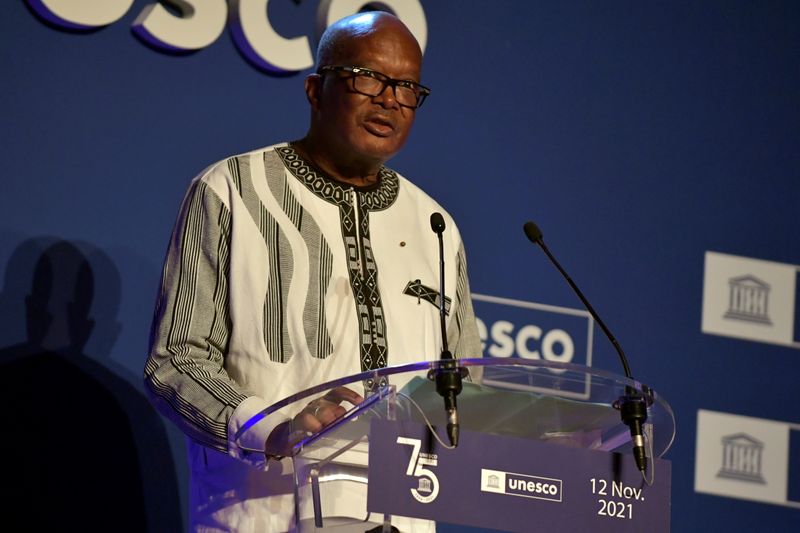 OUAGADOUGOU (Reuters) - Burkina Faso President Roch Kabore fired his prime minister on Wednesday amid an escalating security crisis that has killed thousands and led to street protests calling for his ouster.

Burkina Faso, one of West Africa's poorest nations, has been beset by attacks carried out by groups linked to al Qaeda and Islamic State since 2016, killing civilians and forcing more than 1 million people to flee.

Anger has spilled over since al Qaeda-affiliated militants killed 49 military police officers and four civilians in November, the worst attack on the military in recent memory.

Kabore has been under pressure to make changes and has already reshuffled his army leadership. His announcement to fire Prime Minister Christophe Dabire appears to be an extension of the same purge.

Burkina Faso is at the heart of an Islamist insurgency that has also hit large parts of neighbouring Mali and Niger that sit in the arid Sahel region that borders the southern edge of the Sahara.