Britain's BT to build fibre 'like fury' after regulator's greenlight 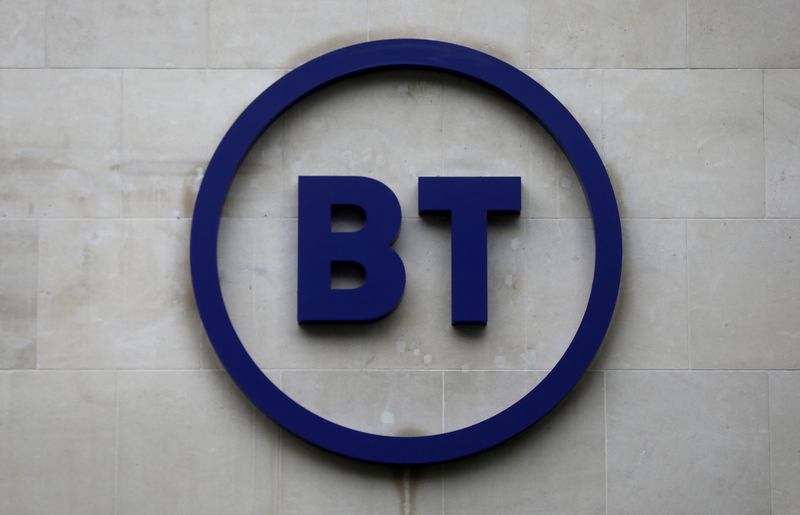 LONDON (Reuters) - Britain's BT said it would roll out fibre broadband to 20 million homes and businesses this decade after the regulator gave it flexibility on pricing needed to underpin the 12 billion pound ($16.8 billion) cost of the plan.

Shares in the company rose to a near 13-month high on Thursday as the move will allow BT to charge broadband providers more for premium services to help fund its investment. They were up 0.9% in afternoon deals.

Chief Executive Philip Jansen said it was "the greenlight we've been waiting for to get on and build like fury".

"Full fibre broadband will be the foundation of a strong BT for decades to come and a shot in the arm for the UK as we build back better from this pandemic," he said.

Regulator Ofcom will give companies flexibility on the pricing of their fastest services for the long term, along with measures to protect competition.

"We aim to allow all companies the opportunity to achieve a fair return over their whole investment period, and do not expect to introduce cost-based prices for fibre services for at least ten years," it said.

"This is a once-in-a-century chance to help make the UK a world-leading digital economy," she said.

Britain has lagged European rivals in building gold-standard fibre networks to homes and businesses, leaving millions relying on a mix of fibre and old copper connections that struggle to meet soaring demand.

Ofcom said about 70% of British customers would have a choice of gigabit networks.

The regulations, which apply for five years, allow BT to keep the price it charges operators for entry-level 40 Mbit/s broadband and slower copper flat and charge more for full fibre services.

"This approach improves the investment case for BT and its rivals by providing them with a margin to build the new networks," Ofcom said.

BT, which runs the national Openreach network, is on track to reach 4.5 million premises with full fibre this month. It plans to connect 20 million by the mid to late 2020s, including 3.2 million properties in rural areas.

The government plans to provide funding to help reach the remaining 20% of properties.

"We will be publishing Project Gigabit very soon to explain where we will be taking the best broadband connections first and how we will tackle the hardest to reach premises as well," junior minister Matt Warman said on Thursday.

Alternative providers like Virgin Media and CityFibre are building competing networks in cities and towns.

CityFibre's Chief Executive Greg Mesch said the regulation would "inspire confidence and unleash a decade of innovation and investment" from competitors such as his company.

He said Ofcom had stopped BT cutting prices in areas where it faced competition without the regulator's approval.

The safeguard meant providers like TalkTalk, Sky and Vodafone could move customers to CityFibre without worry, he said.

Once fibre is in place, regulation on copper will be removed so Openreach will not have to maintain two networks.