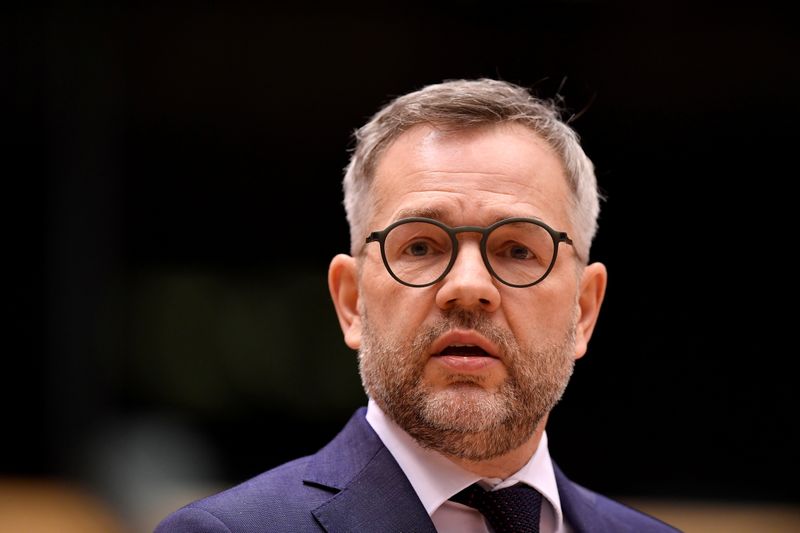 FILE PHOTO: Minister of State for Europe at the German Federal Foreign Office Michael Roth gives a speech about the preparation of an EU Strategy on vaccination against the novel coronavirus (COVID-19) at the European Parliament, in Brussels, Belgium Dece

"It remains crucial that all parts of the withdrawal agreement are fully implemented, including the protocol on Northern Ireland," German Europe Minister Michael Roth said ahead of a meeting with his EU counterparts.

The rules agreed in the protocol are key to preserving the achievements of the peace process in Northern Ireland, he told reporters.

"Now we need to agree on a binding timeline for the full implementation of the protocol," Roth said.