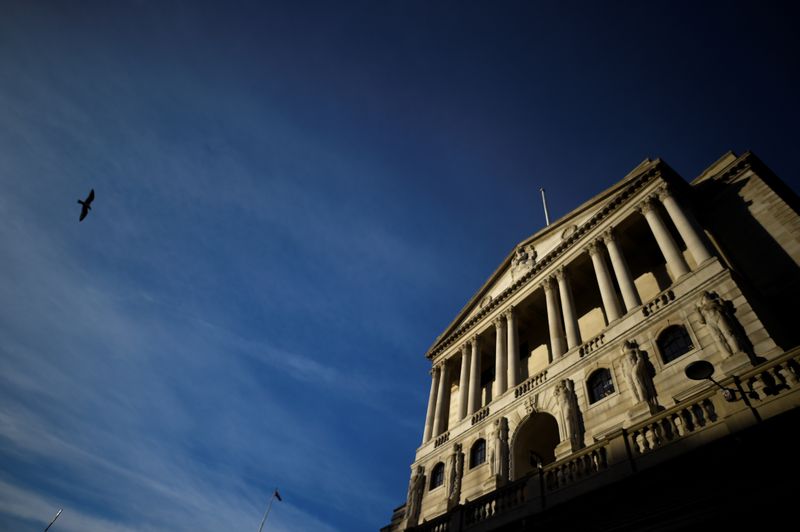 FILE PHOTO: A bird flies past The Bank of England in the City of London, Britain, December 12, 2017. REUTERS/Clodagh Kilcoyne

LONDON (Reuters) - A review of the UK's insurance capital rules will not lead to any "radical departure" or a reduction in requirements, but it will take time to complete, Bank of England Deputy Governor Sam Woods said on Tuesday.

Britain's exit from the European Union has prompted the government to review insurance capital rules inherited from the bloc, raising industry hopes of less burdensome requirements.

Woods, who also heads the BoE's Prudential Regulation Authority, which regulates Britain's top banks and insurers, played down any such expectations.

"Now that we have left the EU we have no interest whatsoever in lowering levels of resilience or policyholder protection, but we can and should make changes to tailor regulation so it fits our market better and is more efficient and coherent," Woods told the Association of British Insurers (ABI).

The ABI said last month that 35 billion pounds ($48.4 billion) of capital locked in by the risk margin element in capital rules known as Solvency II, could be used to increase investment in the UK economy and tackle climate change.

The risk margin is an extra layer of capital insurers must hold as a safety buffer in case they get into trouble.

However, Woods said he had doubts "about a reform package which materially decapitalises the insurance sector," adding: "While it's natural for the private sector to focus on private interests, itâs part of our job to keep an eye on the potential public costs of significant insurance failures."

Charlotte Clark, ABI's director of regulation, said improvements to Solvency II could free up "billions of pounds" for investment in key infrastructure projects and the green economy, while upholding a high level of consumer protection.

He was "wary" of cutting capital requirements on 'green' or climate-friendly investments.

Regulators face calls to have a remit to keep the City of London globally competitive. It is "not normal" for prudential regulators to have an actual competitiveness objective, which could be seen internationally as an intention to weaken UK regulation, Woods said.

"Loading something up with ever more objects is an excellent way to decorate your Christmas tree, but it's not the best way to create an effective regulator," Woods said.