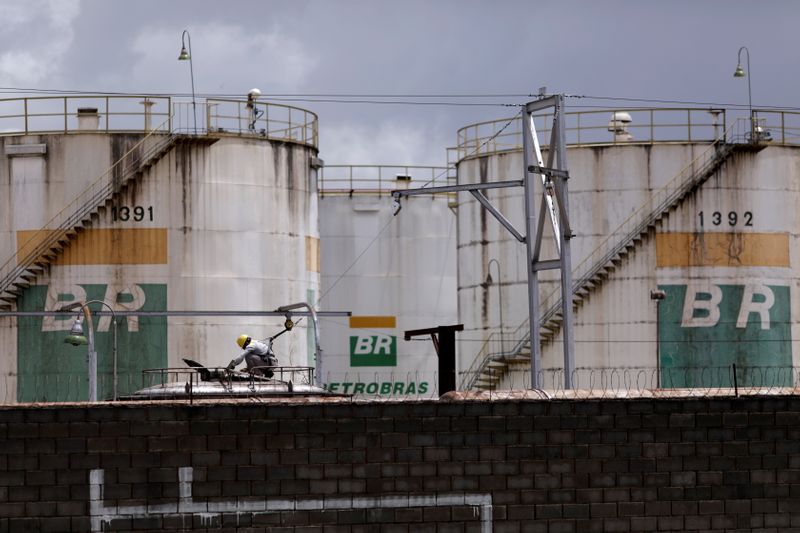 A worker checks the fuel volumes on a train wagon near a tank of Brazil's state-run Petrobras oil company in Brasilia, Brazil, February 19, 2021. REUTERS/Ueslei Marcelino