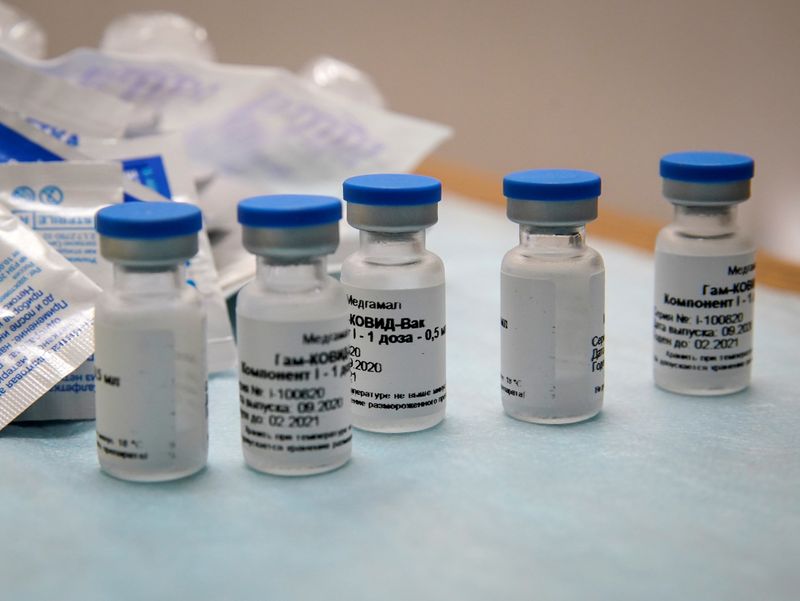 Brazil is racing to secure more vaccine supplies as a new wave of COVID-19 pushes the number of deaths to the highest point since the pandemic began. Brazil has the second-deadliest outbreak after the United States, and with its hospital system overloaded, could soon surpass it.

Brazilian health regulator Anvisa has yet to approve Russia's Sputnik vaccine. It suspended a ruling on the emergency use of the immunization last month, citing incomplete and missing paperwork.

Anvisa is under pressure to speed up approvals as 11 state governments have already requested to import 66.6 million doses of the vaccine, according to the agency, even though they cannot yet be administered.

The federal Health Ministry plans to buy 10 million doses of Sputnik that will be produced domestically by local firm Uniao Quimica.

Brazil is negotiating to send a team to inspect Sputnik production facilities in Russia as a step toward manufacturing the vaccine domestically, Anvisa President Antonio Barra Torres said on Tuesday.

"We hope in the case of approval that it will be produced in Brazil," Bolsonaro said in a video posted to social media. "God willing, we will soon resolve this issue."

Bolsonaro has opposed strict lockdowns, often appears in public without a mask and has expressed skepticism of vaccines. Experts say the lack of aggressive government measures to contain the virus is contributing to the surge in cases.

On the call with Putin, Bolsonaro emphasized that it was necessary for Russia to open up to imports from more Brazilian meatpacking plants, the presidential office's statement said. The two leaders also discussed trade, defense cooperation, science and technology.