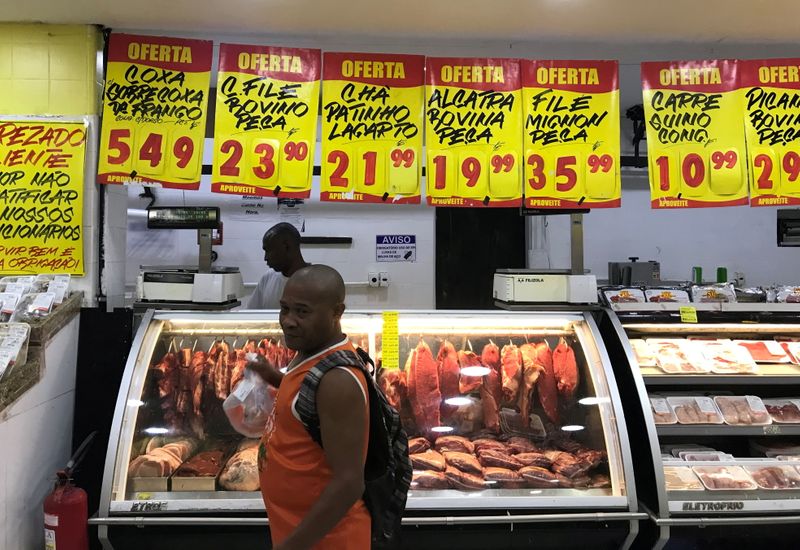 SAO PAULO (Reuters) -Brazil's decision to temporarily suspend grain import tariffs is likely to benefit the United States and Ukraine, whose producers could sell products like corn for use as feed in Brazil, the leader of a Brazilian meat lobby told Reuters on Tuesday.

The government announced that it would waive import duties from supplies outside the South American Mercosur trade bloc, in response to a direct request from meat association ABPA, its President Ricardo Santin said. The industry is seeking alternative corn providers given the high prices of the cereal in the domestic market, he added.

BRF SA, Brazil's largest chicken processor, told Reuters it has imported corn from Argentina in recent days, without providing details regarding volumes. Santin said the company and its competitors may rely on corn imports while prices remain high.

The suspension of grain import duties, published in a new edition of the federal gazette on Tuesday, will take effect in seven days and be valid through Dec. 31 and also covers soybeans, soymeal and soy oil.

ABPA has also urged the government to allow imports of U.S. genetically-modified (GMO) corn varieties not approved in Brazil if emergency supplies are needed, Santin said. Those imports would be destined to make animal feed only, he said.

"There is a difficulty in finding varieties in the U.S. that are already approved in Brazil," Santin said about corn. "It's not just like going there and buying it."

As the price of corn rises, ABPA said the meat industry is looking for feed alternatives, including wheat.

Last year, Brazil had temporarily suspended certain grain import tariffs from countries outside the Mercosur trade bloc. After the move, Brazil made a rare purchase of U.S. soybeans.

(Reporting by Ana ManoEditing by Marguerita Choy and Sam Holmes)