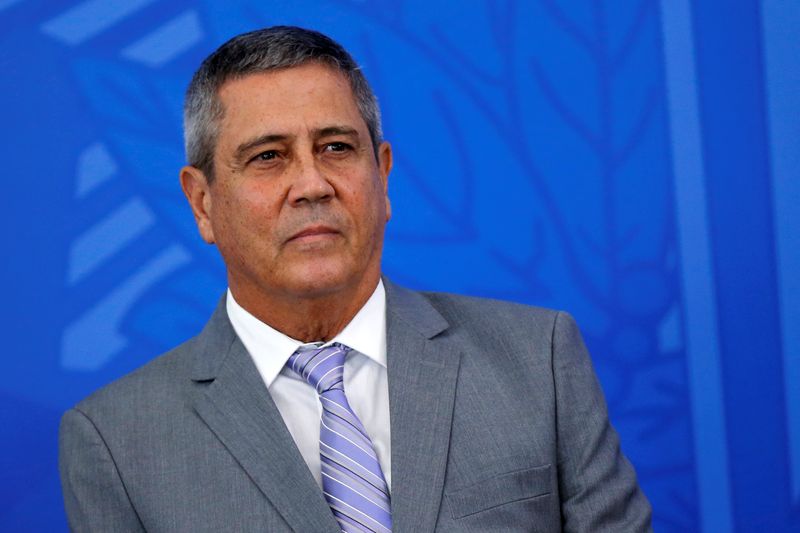 His comments come amid growing questions over Bolsonaro's politicization of the military, whose current and former officers he has elevated by placing them throughout his administration. That has led to fears that the armed forces may be forced to pick sides in the event of a contested election result next year.

"Today, the country needs to be united against any type of institutional destabilization initiative that changes the balance between the powers and harms Brazil's prosperity," Braga Netto said. "Those who believe that we are on a fertile ground for initiatives that may put freedom at risk are wrong."

He added that it was "necessary to respect the democratic rite and the project chosen by the majority of Brazilians."

Their exits underlined the scale of the crises afflicting Brazil, one of the global epicenters of the coronavirus pandemic. They also revealed a shift in relations between Bolsonaro, a far-right former army captain, and the armed forces.

Braga Netto, a former general, took office after the departure of ex-Defense Minister Fernando Azevedo. He is more political than his predecessor, and closer to the president, having previously served as Bolsonaro's chief of staff.

However, on Tuesday, he reaffirmed the military's commitment to upholding the constitution, even, he said, "in this period of intense commotion and uncertainty, which tests the maturity, independence and harmony of Brazilian democratic institutions."