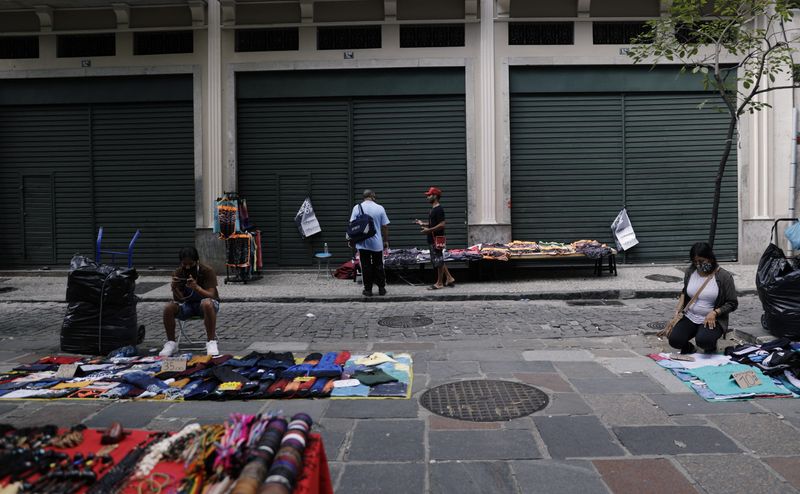 BRASILIA (Reuters) - Brazil's economy shrank less than feared last year, thanks in part to the emergency aid paid to poor Brazilians by the government, President Jair Bolsonaro said on Wednesday.

Brazil's GDP decreased last year by 4.1%, the worst drop in decades, but Bolsonaro said this was not as bad as originally expected during the pandemic.

"People expected us to fall 10%," Bolsonaro told reporters. "What made the economy move, in part, was the emergency aid."

The government's cash transfers to millions of poor families last year totaled some 322 billion reais ($56.5 bln), a fiscal boost of around 4.5% of GDP. The payments also boosted Bolsonaro's popularity as he eyes re-election in 2022.

Bolsonaro said his government did everything possible to prevent chaos in Brazil. The far-right leader has played down the gravity of COVID-19, and opposed lockdowns by governors and mayors, saying they destroyed jobs and Brazilians needed to work.

More than a quarter of a million Brazilians have died since the pandemic began a year ago, and the daily death toll has again surged to record levels after lockdown restrictions eased.

Asked about renewing emergency aid payments that expired in December, he said the government was out of money and faced higher interest rates on a growing national debt. But he is expected to sign off on legislation now before Congress that would extend aid payments for another four months.