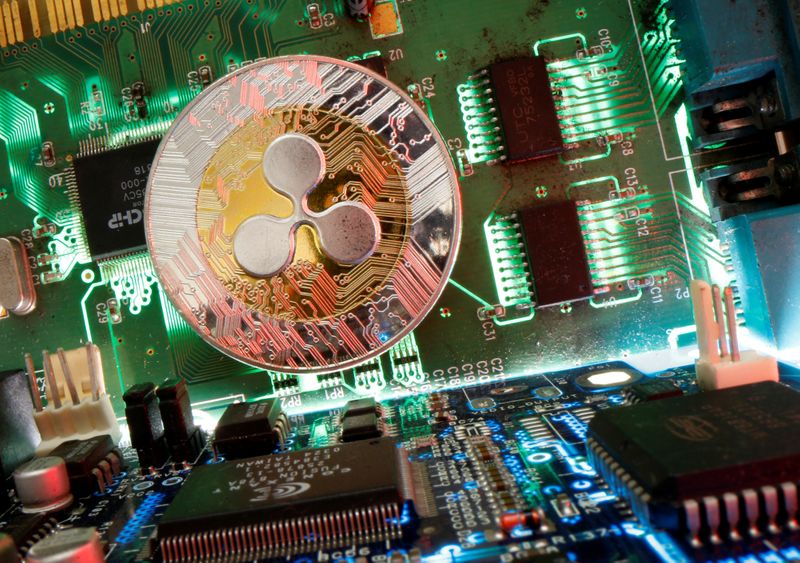 FILE PHOTO: Representation of the virtual currency Ripple coin is seen on a motherboard in this picture illustration taken April 24, 2020. REUTERS/Dado Ruvic/Illustration

TOKYO (Reuters) - Blockchain payments firm Ripple has not experienced any fallout in its Asia Pacific business after being sued by the U.S. Securities and Exchange Commission (SEC), the company's chief executive officer said on Friday.

In late December, the SEC charged Ripple, which is associated with cryptocurrency XRP, with conducting a $1.3 billion unregistered securities offering.

After that, the top U.S. cryptocurrency exchange Coinbase shut down trading in XRP, which is the world's seventh-largest cryptocurrency by market value.

"It (the lawsuit) has hindered activity in the United States, but it has not really impacted what's going on for us in Asia Pacific," Brad Garlinghouse, Ripple's chief executive officer, told Reuters in a video interview from California.

"We have been able to continue to grow the business in Asia and Japan because we've had regulatory clarity in those markets," he said, adding that he did not know of any exchange outside the United States that had halted XRP trading.

"XRP is traded on over 200 exchanges around the world. It's really only three or four exchanges in the United States that have halted trading," he said.

Garlinghouse was one of two of the firm's executives alleged by the SEC in December of personally gaining about $600 million received from the unregistered offering.

Financial regulators around the world are looking to decide how they should regulate the cryptocurrency industry.

The outcome of their assessments could determine whether cryptocurrencies will grow into mainstream assets or remain niche products.

Gary Gensler, President Joe Biden's nominee to lead the SEC, promised during his congressional confirmation hearing to provide "guidance and clarity" to the cyptocurrency market.

While bitcoin is considered a commodity by U.S. financial regulators, most other cryptocurrencies have yet to be classified as commodities or securities.

Ripple has signed more than 15 new contracts with banks globally since the SEC brought its lawsuit, Garlinghouse said, adding that he believed the lack of clarity in the United States has been a "hindrance" to innovation.

"We're seeing the activity of XRP liquidity has grown outside the United States and continue to grow in Asia, certainly in Japan," he said.