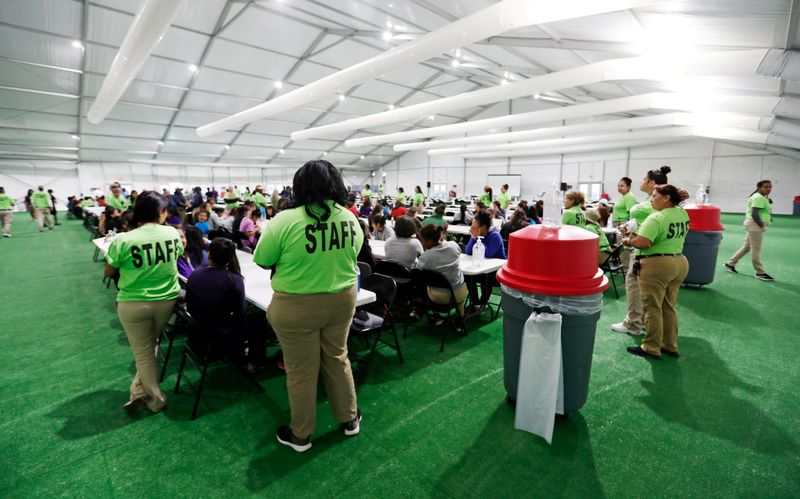 WASHINGTON (Reuters) - U.S. President Joe Biden will meet with immigration advisers and top Cabinet officials on Wednesday while dispatching White House officials to a Texas resettlement facility as pressure mounts over a recent jump in migrant arrivals at the U.S. border.

The officials, along with several members of Congress, will travel to a refugee resettlement center in Carrizo Springs, Texas, the White House said in a statement, adding that it would also allow limited media coverage of the visit.

Journalists have been pressing the Biden administration to allow the news media access to the facilities, as pictures released this week have moved to highlight the crowded conditions.

U.S. officials struggle to house and process an increasing number of unaccompanied children, many of whom have been stuck in jail-like border stations for days while they await placement in overwhelmed government-run shelters. The administration has turned to convention centers and, on Tuesday, sought to shelter some at military bases in Texas

U.S. Vice President Kamala Harris, who will join Biden at the White House meeting on Wednesday, on Wednesday acknowledged the overcrowding and processing delays, but said there was no quick fix.

"It's a huge problem," she told CBS News' "CBS This Morning" program. "This is not going to be solved overnight."

She also noted the need to address the root causes driving migrants north, following talks between Mexico and the United States on Tuesday.