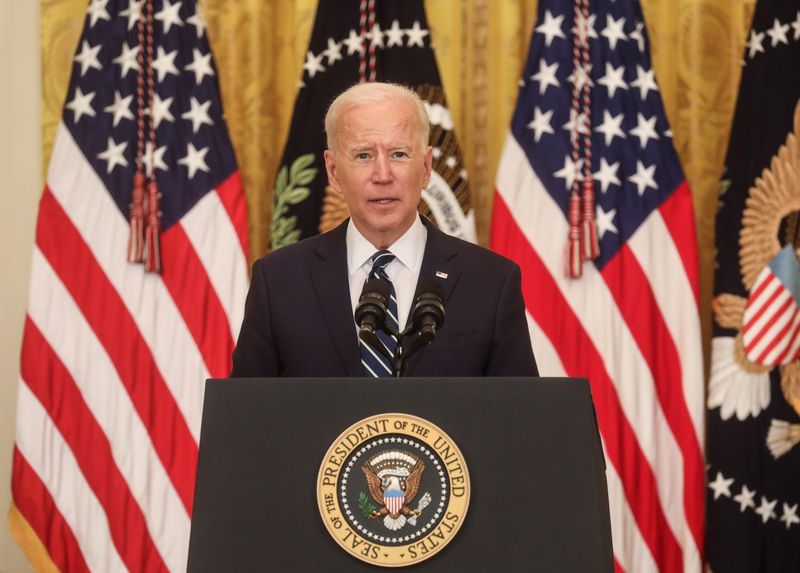 WASHINGTON (Reuters) - President Joe Biden on Friday condemned a new voting law in Georgia as "a blatant attack on the constitution and good conscience."

In a statement, Biden described the law, which the state's Republican-dominated legislature approved this week, as a 21st century version of the so-called Jim Crow laws once used to suppress the vote of African Americans.