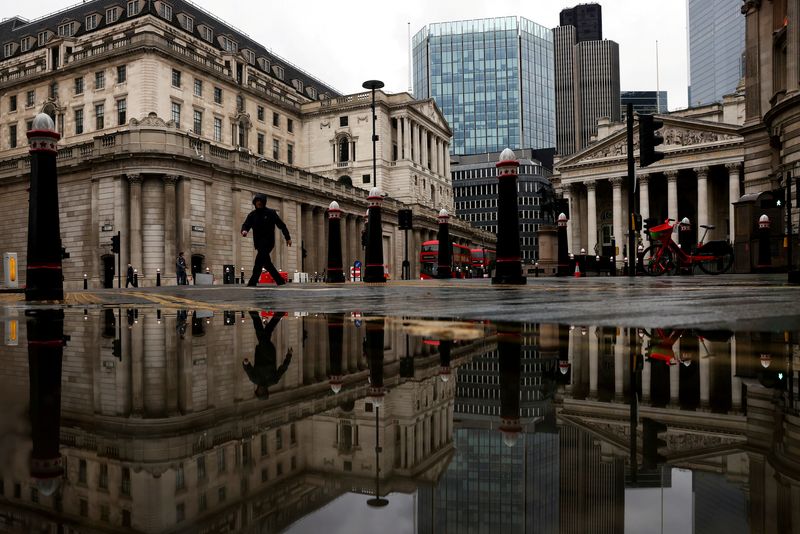 By Huw Jones and William Schomberg

LONDON (Reuters) - The Bank of England called on lenders on Friday to provide enough credit to companies to see them through the coronavirus crisis as the government closes its emergency lending guarantee schemes.

Britain's government is due to close emergency lending schemes to new applications this month.

The BoE's Financial Policy Committee (FPC) said at the end of its March meeting that banks had large enough capital buffers to absorb "very big losses while continuing to lend".

Lenders should work "flexibly" with household borrowers as payment deferral schemes unwind, the FPC added in a summary of the meeting.

"The FPC expects banks to use all elements of capital buffers as necessary, to continue to support the economy through the recovery phase," the FPC said.

A countercyclical capital buffer for tapping during periods of market stresses is already set at 0%. The FPC said it would remain there until at least December, so any rise after that would not take effect until the end of 2022 at the earliest.

While banks have resumed paying dividends, in line with "guardrails" set by regulator, their market valuations remain low, a likely reflection of market concerns over expected future profitability, the FPC said.

"Low profitability was still a concern as it limited banksâ ability to generate internal capital," the FPC said.

Work has started on testing in 2022 the ability of the payments system to recover within a set time period from a cyber attack, drawing on lessons from a pilot in 2019.

"The committee agreed that the 2022 test should target the most systemic contributors in the end-to-end payments chain, as in the event of disruption, their ability to resume services in a timely manner was particularly important for UK financial stability," the FPC said.