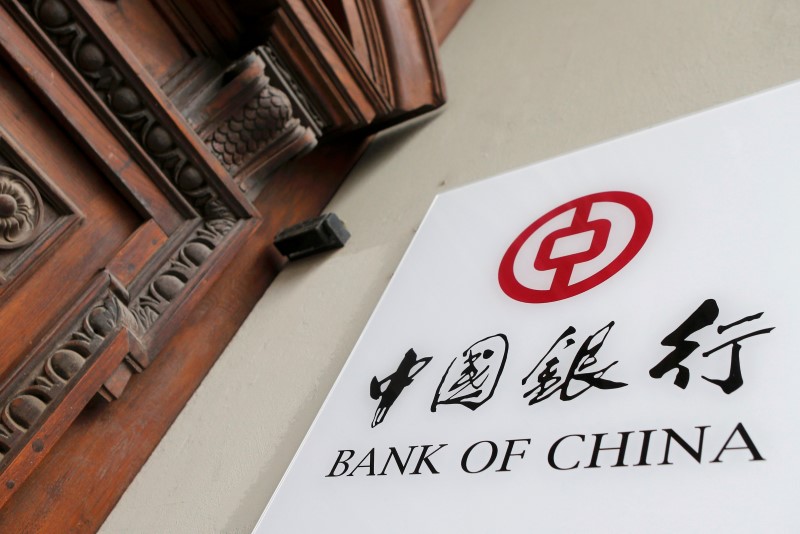 The logo of the Bank of China is pictured at the entrance of the building where its office is located in Vienna, Austria, March 8, 2016. REUTERS/Heinz-Peter Bader

SHANGHAI (Reuters) - State-owned Bank of China said it has extended $56.3 billion worth of loans to fund 188 overseas acquisition deals by Chinese companies in the past six years, highlighting how local firms are seeking inroads into overseas markets as growth slows at home.

The deals funded by Bank of China, one of the country's Big Four state banks, included those in industries ranging from electronics, infrastructure, commerce and leasing, it said in a statement posted on its website on Monday.

The bank also signed loan contracts worth $9.7 billion during the 2009-2015 period to aid Chinese exporters, and $82.6 billion worth of lending to finance Chinese companies' overseas operations.

Chinese companies, backed by state lenders, have been aggressively snapping up assets overseas. The purchases are partly being driven by slowing growth at home.

Bank of China also said that during the 2015-2017 period, the lender aims to provide $100 billion worth of loans to fund China's so-called "One Belt, One Road" strategy, an initiative that envisions building a network of land, sea and air routes that will open new trade links and markets for Chinese firms.

China's firms have been snapping up assets as part of the One Belt One Road project launched in 2013, undertaking a record 19 global infrastructure deals worth $6.8 billion in 2015, according to Thomson Reuters data.