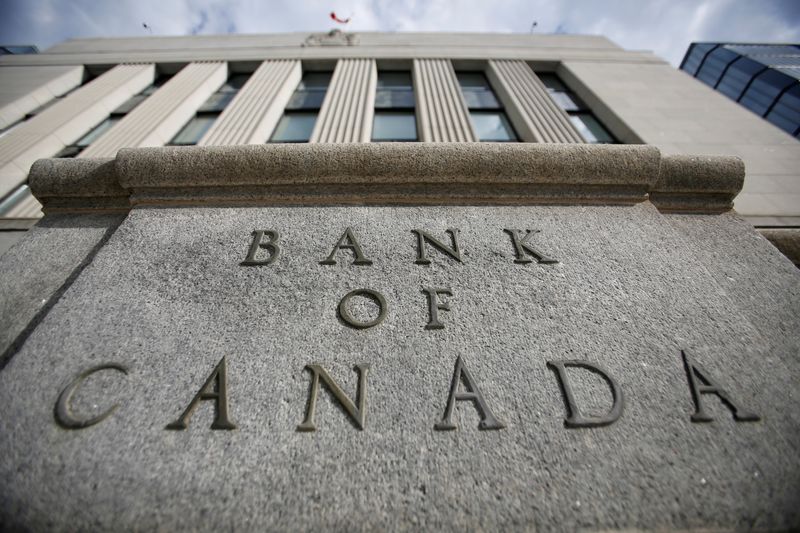 FILE PHOTO: A sign is pictured outside the Bank of Canada building in Ottawa, Ontario, Canada, May 23, 2017. REUTERS/Chris Wattie

By Julie Gordon and David Ljunggren

OTTAWA (Reuters) - If Canadians start spending the massive nest egg they have amassed during the coronavirus pandemic it could "meaningfully affect" economic growth, a top Bank of Canada official said on Thursday, suggesting this might even speed up the pace of rate hikes.

"There is much uncertainty about what Canadians will do with these savings. This is important because these savings are large enough to meaningfully affect the trajectory of the economy," he said in a speech to the restaurant industry.

"If Canadians spend more than we expect, it would strengthen the recovery in consumption and employment."

The bank has created a scenario where Canadians spend 15% of those savings, or C$25 billion, from the second quarter of this year through the end of 2023. If they did, nominal household spending growth in 2021 would jump to 5% from the 4.3% the bank projected in January.

The central bank has said it will not raise interest rates from record lows until economic slack is absorbed, which in its January forecast does not happen until some time in 2023. The bank will be updating those forecasts in April, he said.

"C$25 billion over three years is not a lot of additional spending, but it does have the impact of bringing the recovery sooner," Schembri later told reporters.

"So essentially, conditional on the outlook for potential output growth, if that were unchanged, the output gap would close sooner than we had in January," he continued.

There are, however, downside risks to the scenario, he said, including the potential for a third wave of infections, a delay to the vaccine rollout, or if vaccines prove less effective against variants.

The bank, he said, was watching for "a significant pick up in speculative activity."