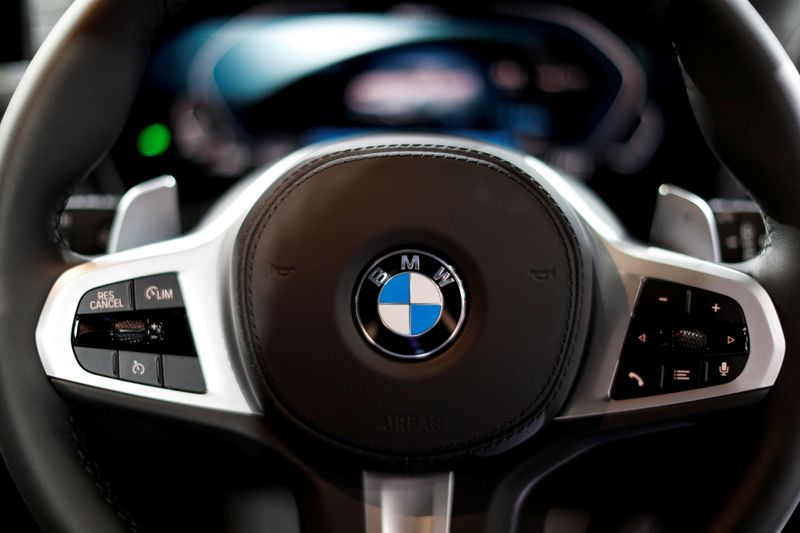 FILE PHOTO: The BMW logo is seen on a steering wheel during the media day of the 41st Bangkok International Motor Show after the Thai government eased measures to prevent the spread of the coronavirus disease (COVID-19) in Bangkok, Thailand July 14, 2020.

BMW said the iX should have a driving range of 300 miles (480 km). That's less than the estimated driving range of the Tesla Model X Long Range, which is rated at 371 miles in the United States. BMW said drivers would be able to add 75 miles of range in ten minutes at a fast-charging station.

BMW said the iX would be comparable in size to the current BMW X5 SUV. The dashboard will be a sweeping, curved screen.

The electric iX will enter a fast-growing field of battery-powered SUVs aimed at affluent customers.

Ford Motor Co's (NYSE: F) Mustang Mach-E is aiming for a slice of the performance enthusiast market that BMW defined decades ago. Ford said on Monday it intended to add a second model built on the foundations of the Mach-E.