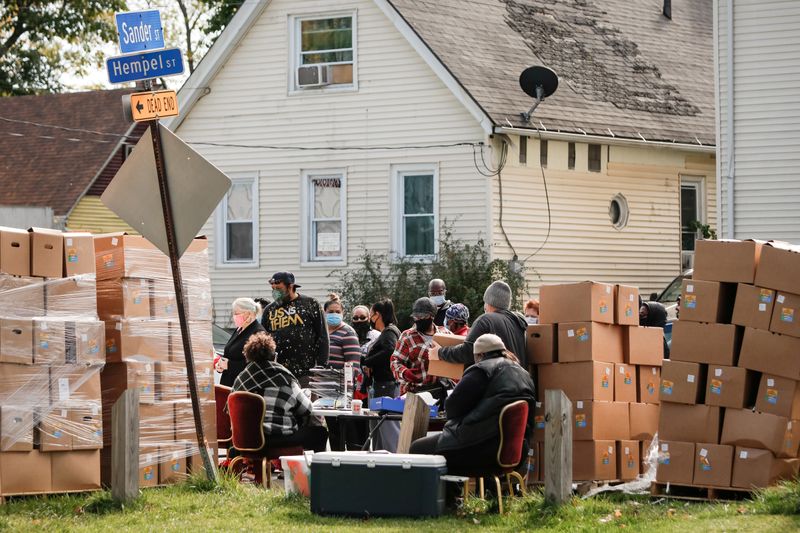 NEW YORK (Reuters) - Black New Yorkers' skepticism about vaccines developed at record speed to fight COVID-19 means they lag behind other racial groups in inoculations to fight the pandemic that has killed more than 400,000 people in the United States, officials said on Sunday.

New York Governor Andrew Cuomo said the state plans to run an advertising campaign that will seek to boost trust and dispel hesitancy among many Black New Yorkers to get the potentially life-saving vaccine.

New York City, once the epicenter of the U.S. pandemic, will expand outreach to 33 communities hardest hit by the often-deadly disease, many of them extremely skeptical of vaccines, Mayor Bill de Blasio told reporters on Sunday.

"Why? We've got a profound problem of distrust and hesitancy" in Black communities, de Blasio said.

A similar pattern is seen among hospital workers in the state, who were the first to be offered the vaccines, according to Cuomo.

"It's the clearest demonstration of hesitancy," Cuomo said.

So far, a total of 1.919 million doses of vaccine have been administered statewide, including more than 800,000 in New York City alone, officials said.

While another 7 million New Yorkers are waiting for the vaccine now, Cuomo said, the state receives only 300,000 doses each week.

Herd immunity against COVID-19 may require vaccination rates of at least 70%, Dr. Anthony Fauci, the most prominent U.S. infectious disease expert, has said.