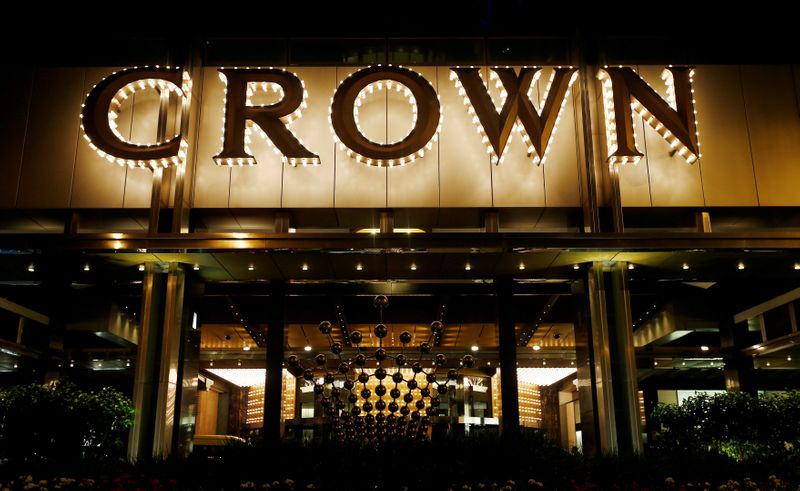 (Reuters) - Crown Resorts said on Monday that director John Poynton had quit the board over accusations he was too close to top shareholder James Packer, as another regulator said it was probing the troubled casino operator.

Poynton's departure is the latest in a string of executive exits at the casino operator that is one-third owned by billionaire Packer, after an inquiry accused it of money laundering and governance issues.

The representative of Packer's private company had been on Crown's board since 2018. After a regulator rebuked Packer's control over the board, Poynton said last month he was ending his arrangement with Packer and would stay as an independent director.

But on Monday Crown Executive Chair Helen Coonan said the regulator, the Independent Liquor and Gaming Authority (ILGA), considered it appropriate that Poynton step down "due to a perceived lack of independence arising out of his past relationship" with Packer.

Poynton agreed to resign "despite no adverse findings by the commissioner in the ILGA inquiry in relation to his suitability, integrity or performance", Coonan said.

Three Australian states have either held or said they would hold inquiries into Crown since Australian media reports accused the company of doing business with tour operators with ties to organised crime.

Crown initially denied the allegations but admitted at the Sydney inquiry in 2020 that some of the claims were true.

Separately, the Fair Work Ombudsman said it was investigating Crown after the company self-reported that it had underpaid its staff.

Several of Australia's biggest companies, including Woolworths, Coles and Commonwealth Bank of Australia have been hit by underpayment scandals in recent years.

(Reporting by Shashwat Awasthi in Bengaluru and Byron Kaye in Sydney; Editing by Daniel Wallis and Stephen Coates)