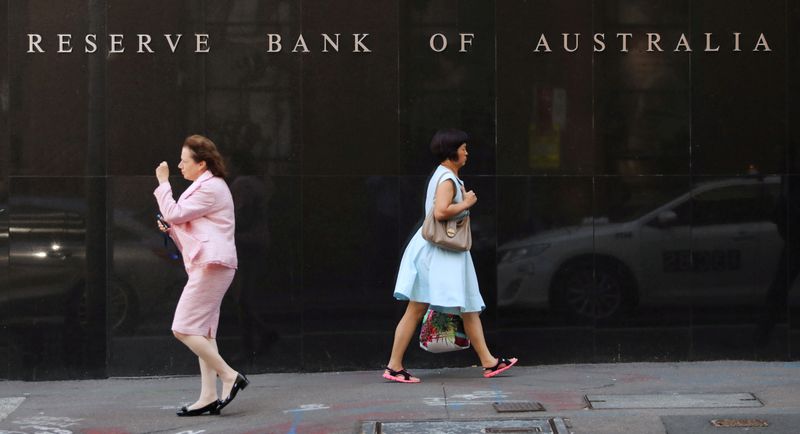 SYDNEY, April 20 (Reuters) - Australiaâs economic recovery has surpassed all expectations with an "above-trend" expansion likely this year and next, though the country's central bank is still in no hurry to tighten policy settings, minutes of its April policy meeting showed on Tuesday.

The Reserve Bank of Australia (RBA) left rates at a record low 0.1% at its Apr. 6 meeting while reiterating its commitment to keep policy accommodative for as long as is necessary to pull down unemployment and push inflation higher.

The minutes showed the RBA would maintain this supportive policy stance until actual inflation is sustainably within its 2-3% target range, a goal it does not expect to meet before 2024.

âOverall, preliminary data suggested that GDP in the March quarter was likely to have recovered further to around its pre-pandemic level, earlier than previously expected,â the minutes showed.

The A$2 trillion economy is expected to expand at an âabove trendâ pace this year and next, the RBA said.

âDespite these generally positive developments, wage and price pressures had remained subdued and were expected to remain so for several years,â according to the minutes.

âThe economy had been operating with considerable spare capacity and the unemployment rate was still too high.â

Figures out last week showed Australian job creation far outstripped forecasts in March as unemployment dropped to a one-year low and the number of people in work surpassed its pre-pandemic peak.

The RBA has recently said the unemployment rate needs to be in the âlow 4sâ or âhigh 3sâ to generate wage and price pressures, from 5.6% now.

As much as boosting overall economic activity, the ultra-easy policy settings have also lit a fire under the country's housing market where prices soared at the fastest pace in three decades in March.

Board members discussed the house price increase and were briefed on the RBAâs regular half-yearly assessment of financial stability risk which was published on Apr 9.