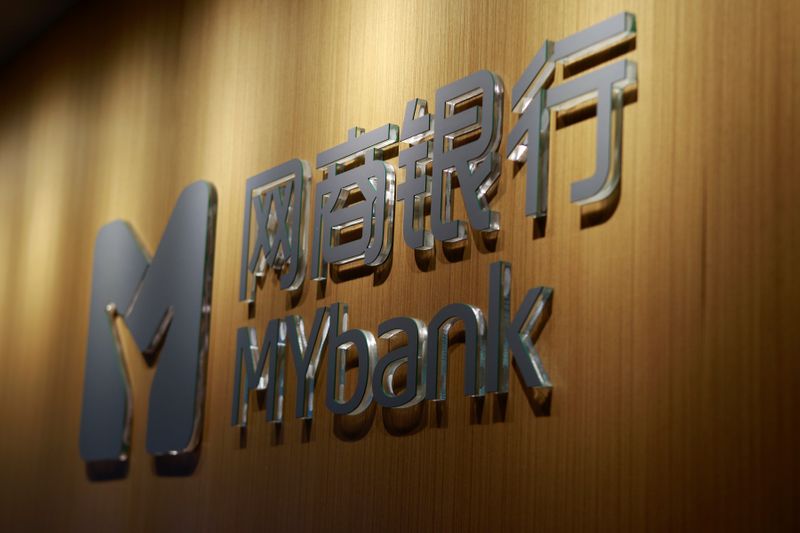 SHANGHAI (Reuters) - The online bank backed by Alibaba's fintech giant Ant Group has joined China's digital yuan pilot programme, it said on Monday, as the Beijing's expands trials aimed at eventually rolling out the electronic currency for mass use.

Ant-backed MYBank said it was one of the parties participating in the research and development on China's e-currency. It plans to "advance the trial pursuant to the overall arrangement of the People's Bank of China(PBOC)," said a bank's spokesperson.

China's central bank's digital currency pilot has to date mainly been publicly by state-owned banks, instead of privately-owned banks.

Tencent Holdings backed WeBank is also participating in the digital yuan pilot, the state-backed China Securities News said in a Feb. 20 report, in which it also mentioned MYBank's involvement. WeBank declined to comment.

MYbank and WeBank's services will soon be introduced to the PBOC's digital yuan app, according to China Securities News and a screenshot of the app seen by Reuters. The e-wallets from the two privately-owned lenders will be similar to the functions offered by the six state-owned lenders in the trial, the newspaper added.

China is a front-runner in the global race to launch central bank digital currencies and has so far held domestic trials in several major cities including Shenzhen, Chengdu and Hangzhou.