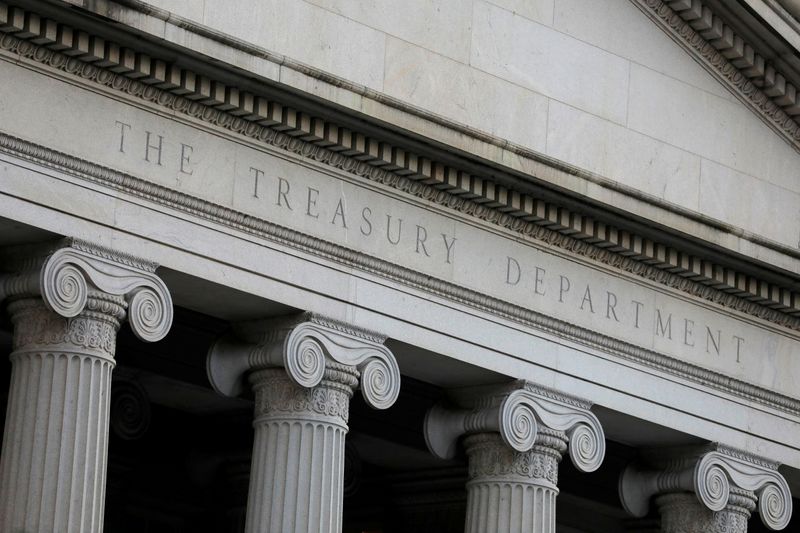 By Pete Schroeder and Michelle Price

WASHINGTON (Reuters) - Market participants this week staked out their positions on how to fix systemic risks in the $4.9 trillion U.S. money market fund industry, in what is shaping up to be the first big fight for U.S. President Joe Biden's financial regulators.

After taxpayers bailed them out for the second time in 12 years during the pandemic-induced turmoil in March 2020, money market funds - a key source of short-term corporate and municipal funding - are facing a regulatory reckoning which could potentially change the industry beyond all recognition.

Monday was the deadline for submitting feedback to the U.S. Securities and Exchange Commission (SEC) on ideas the Treasury Department floated in December on ways to boost money market fund resilience amid market stress. [L1N2KA2BD]

The industry on Monday disputed that money market funds were to blame for last year's turmoil in short-term funding markets, citing its own analysis, while conceding some changes were warranted. Advocacy groups, meanwhile, called for major reforms.

The Investment Company Institute (ICI), which represents the asset management industry, cautioned against hasty changes and said policymakers "should prioritize the examination of the activities and behavior of all market participants."

An SEC spokeswoman did not immediately provide comment on the review.

Because money market funds invest in high-quality short-term debt instruments and offer daily redemptions, investors generally expect immediate liquidity with little price volatility, and are easily spooked when those expectations are not met during market stress, according to the Treasury.

As the pandemic shut down the economy in March 2020, investors pulled more than $130 billion from institutional investor "prime" and tax-exempt money market funds, contributing to stress in the short-term funding markets, it said.

To calm fleeing investors and stem a broader crisis, the Treasury and Federal Reserve launched emergency liquidity facilities to backstop the market.

The panic was reminiscent of 2008, when a run on money market funds threatened to freeze up global markets and prompted the government to backstop the sector.

That bailout led the SEC in 2010 and 2014 to introduce rules aimed at reducing the risk of investor runs. But last March showed those changes were inadequate, said regulatory experts.

Among the additional reforms floated by the Treasury were new liquidity and capital requirements, allowing fund boards more flexibility to charge for or suspend redemptions, and adjusting the fund's value in line with dealing activity to transfer costs to redeeming investors, known as "swing pricing."

The ICI did endorse two measures: scrapping fixed thresholds for imposing redemption fees and suspensions, which it said intensified investor flight, and raising the proportion of a fund's weekly assets which must be liquid, currently 30%.

The group said the Treasury's other ideas, many of which were dismissed during the SEC's previous review, would not help improve financial system resilience.

Better Markets, a Washington-based advocacy group, however, warned policymakers not to again bow to industry resistance and to instead implement a combination of the Treasury's proposals.

The group's legal director Stephen Hall said finishing the job of regulating the industry was "long overdue" and that he expected the SEC to issue proposed new rules soon.