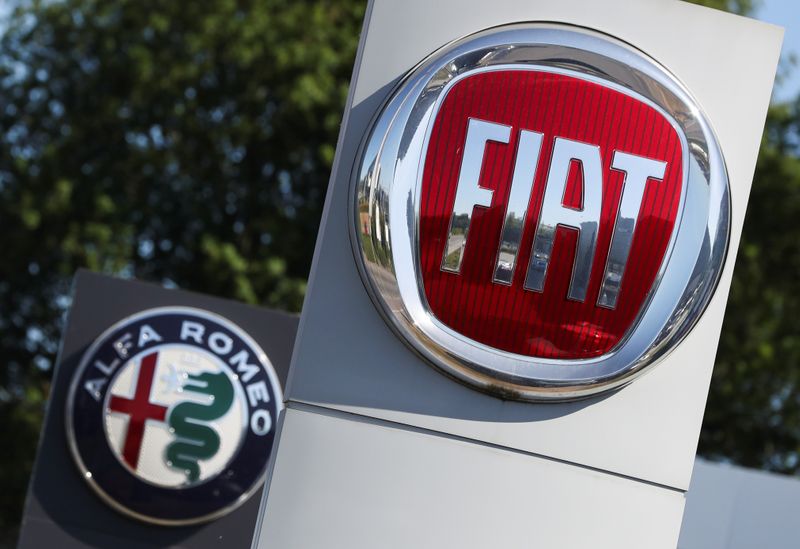 FILE PHOTO: Logos of Fiat and Alfa Romeo are seen outside a car dealer, amid the coronavirus disease (COVID-19) outbreak in Brussels, Belgium May 28, 2020. REUTERS/Yves Herman

With 14 brands under one roof, Stellantis is the world's fourth largest carmaker. It was officially born in January, as Fiat Chrysler (FCA) and Peugeot maker completed their long awaited merger.

Asked about what role FCA's hometown of Turin would play in Stellantis, Elkann told Italian State TV Rai that, as part of a bigger group, it would have greater opportunities.

"We've seen it clearly with some brands like Alfa Romeo and Lancia, on which we could not invest or give resources as much as we wanted in recent years," said Elkann, who led FCA into the PSA merger as chairman of the Italian American automaker.

"In this new group there will be much greater opportunities than in the past for these two brands, which are based in Turin," he said.

Stellantis is creating a pool with Alfa Romeo, Lancia and former PSA's DS brand to cooperate on the premium market.