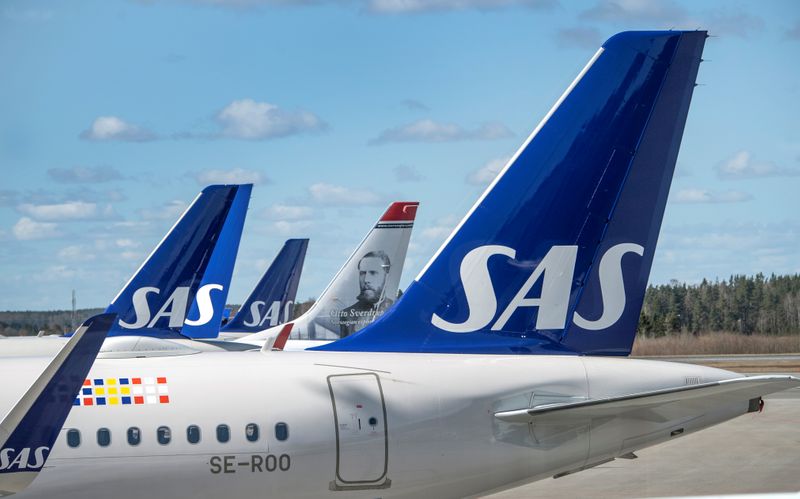 STOCKHOLM (Reuters) - SAS could face an extra 1.2 billion crowns ($140 million) in costs for a strike in 2019 after a European court said on Tuesday that industrial action did not absolve the airline from its duty to compensate affected customers.

The Swedish-Danish airline cancelled around 4,000 flights in 2019 as pilots went on strike, disrupting the travel plans of 370,000 customers and costing the company over 600 million crowns ($70.1 million).

The European Court of Justice said in a judgement that a strike organised by staff at an air carrier does not fall within the concept of an extraordinary circumstance, which would be grounds for releasing the airline from its obligation to pay compensation for cancellations or long delays.

SAS said the decision was "very unexpected and unfortunate".

"SAS fears that the decision will have serious and far-reaching economic and labour-law related consequences, not only for SAS, but for all airlines all over Europe," the company said in an e-mailed statement.

SAS said the case still has to be tried at a Swedish court and that it will not start paying compensation until a ruling there has been made.

Sydbank said in a note that the 2019 strike had already cost SAS around 615 million crowns, mostly in lost revenue.

"SAS comments and our knowledge of normal compensation fees indicate that the extra compensation worst case could end up around double that, 1.2 billion SEK. That is money that SAS here and now will find difficult to spare," the bank said.

The ongoing pandemic has seen air travel collapse over the past year, plunging the global airline industry into crisis and leaving carriers scrambling to secure funds to weather the slump.