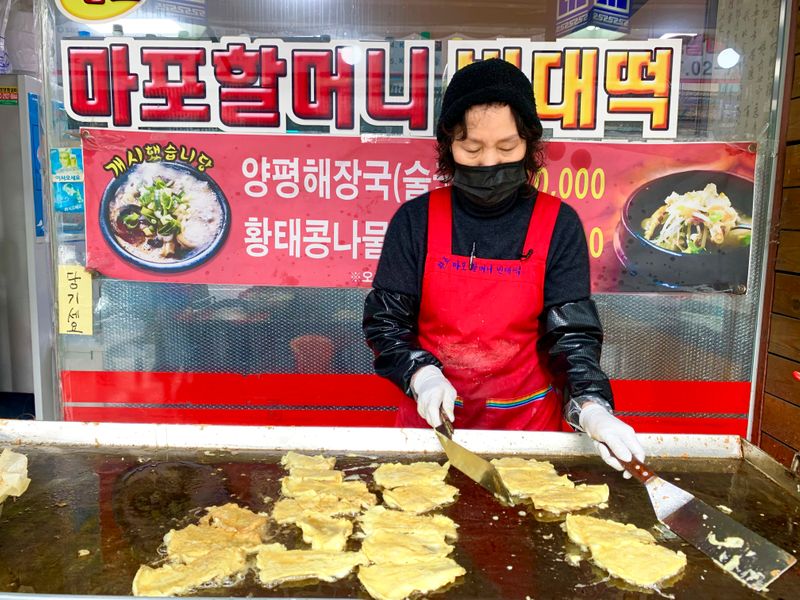 By Minwoo Park and Sangmi Cha

SEOUL (Reuters) - On Lunar New Year holidays, Lee Soon-ai's pancake house in Seoul is usually packed with customers while others queue outside.

This year, however, the "pancake alley" where she and a number of competitors run their businesses is eerily quiet.

Pancakes are a key component of the family dinners that traditionally mark new year celebrations across South Korea.

But coronavirus curbs due to run until the end of the holiday include a ban on private gatherings of more than four people and on restaurant dining in the capital after 9 p.m. - and Lee's takings are sharply down as a result.

Her shop has been in the family since the 1990s and she usually gets through 400 cartons of eggs during the holiday season. This year she has bought just half of that.

"The queue used to start right here, but now there isn't one at all," she said.

For some, however, a quieter New Year has its upside.

"As a daughter-in-law to the family, I need to begin cleaning up the house two months ahead, cook and tidy up when they all leave," said Choi Mi-kyung, 53, who has been hosting holiday feasts for decades.

"I donât feel sorry for preparing less food this holiday."