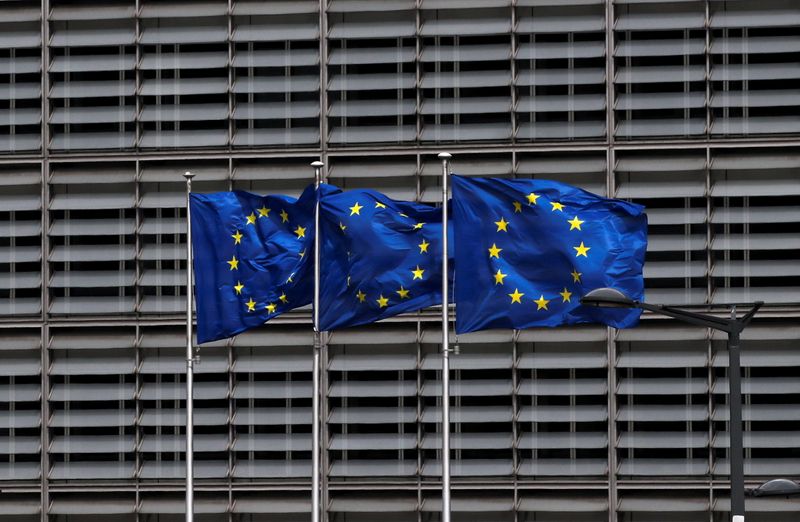 The EU did not name the banks reinstated but a Commision source said Nomura, UniCredit, Credit Agricole, JPMorgan, Citigroup, Barclays, Bank of America and Deutsche Bank can take part in the next syndicated debt sale. The source said the reinstated banks were included in a request for proposals issued on Friday, a precursor to the next bond syndication for the recovery fund.

The EU executive is still assessing the other two banks banned from the bond sale. Those banks, Natixis and NatWest declined to comment.

The European Union on Tuesday raised 20 billion euros with the first sale of bonds backing its recovery fund which is set to turn it into a leading European debt issuer.

But 10 of the bloc's biggest primary dealers were banned from working on the deal.

The exclusion related to past breaches of antitrust rules, with the EU saying it wanted to see evidence they had taken remedial action before allowing them to take part.

"The eight banks have provided information that allow the Commission to conclude that their further exclusion from participation in syndicated transactions in EU bond issuance is not warranted," the Commission said in an email.

Sources familiar with the situation told Reuters earlier this week that the European Commission could soon give a green light for those banned banks to return after taking steps to alleviate EU concerns.

The EU Commission has completed a quarter of about 80 billion euros of long-term bond issuance planned in 2021 to back the fund fundraising with Tuesdayâs syndication, and two more syndications are expected by the end of July.