Yesway Launches Charitable Giving Program with an Initial $50,000 Donation Dedicated to Military Service Members and their Families and will also donate a portion of proceeds from Yesway-branded bottled water sales.

DES MOINES, Iowa and ABILENE, Texas, May 24, 2018 /PRNewswire/ --Â Yesway, the fast growing and innovative convenience store chain with locations in Iowa, Kansas, Missouri, Oklahoma, and Texas, today announced the launch of the company's new charitable giving program. In support of its steadfast commitment to the U.S. military and first responders, and in concert with the annual celebration of Memorial Day, Yesway will formally launch a National Two Star Partnership with Operation Homefront on May 25, 2018. 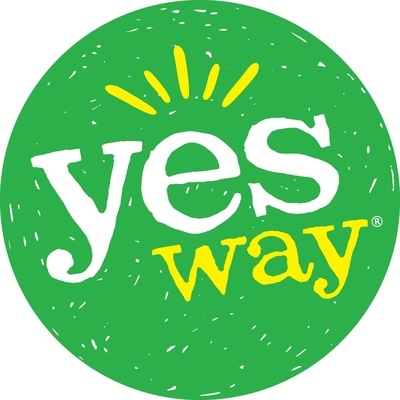 As the foundation of the Yesway Gives Back charitable giving program, Yesway is supporting, honoring, and meeting the needs of current and former members of the U.S. military and their families, who have sacrificed so much while fighting tirelessly for our nation's freedom. Â "Countless numbers of brave Americans have demonstrated their courage and commitment to America and to freedom around the world by serving in the nation's armed forces. Â In partnering with Operation Homefront, Yesway will celebrate these heroic men and women and thank them for their service," stated Thomas Nicholas Trkla, Yesway's Chairman and Chief Executive Officer. Â "It is very important to all of us at Yesway that we make meaningful contributions to the communities we serve. We are very proud to be an Operation Homefront partner, further underscoring our commitment as a company to support our veterans."Â

"Not only will we be making a $50,000 donation in support of Operation Homefront's important and patriotic work, but we are also offering Yesway customers the opportunity to join us in supporting America's military and their families," continued Mr. Trkla. Â "We will be donating up to an additional $25,000 from a portion of the sale of every bottle of our new Yesway-branded spring and purified water sold in our stores to this terrific organization."

He continued: "It is extremely important to all of us at Yesway to be good corporate citizens â to recognize and actively support those who serve or have served in the military, as well as local charities, civic organizations, and first responders â our fellow countrymen and women who make a difference in the lives of others, and who go above and beyond the call of duty while asking nothing in return. Â This program is just a small way for our company to say 'thank you' to our troops for their service, sacrifice, and unwavering dedication to our country, and to the family members who support them on the home front every day."

"We are incredibly grateful for Yesway's support of our mission to build strong, stable, and secure military families so they can thrive in the communities they have worked so hard to protect," said Margi Kirst, Chief Development Officer for Operation Homefront.Â  "Yesway and its customers will help us provide critical assistance to military families through a variety of impactful programs that help those who give so much in service to our country."

To mark the formal launch of the partnership, Operation Homefront will join Yesway at a ceremony at the Yesway store located at 5194 Buffalo Gap Road in Abilene, Texas, from 3:00 PM â 7:00 PM CDT on Friday, May 25. Â The company will present Operation Homefront with a donation check and will formally launch the Yesway-branded bottled water sales campaign benefitting Operation Homefront by donating 5 cents from the sale of every bottle of Yesway-branded spring and purified water, up to $25,000. Yesway team members will also be recognized for their military service during the ceremony. Â