INSEAD Showcases Innovation as a Force for Good

INSEAD Showcases Innovation as a Force for Good

Fontainebleau (France), Singapore, Abu Dhabi, 7 March 2019 – INSEAD, the business school for the world, hosted the Global Business Leaders Conference (GBLC) on 24 February at the Jumeirah Beach Hotel in Dubai. The flagship INSEAD event in the region convened leaders of business, government and academia to discuss non-disruptive innovation and business as a force for good.

Despite the indisputable benefits of technology and innovation, disruption has come to define the behaviour of many business ventures today. This has created a zero-sum fight for survival, especially for established companies and industries. But digitisation and the evolving roles of public and private sector actors are opening a path to growth that creates new market space and increases the economic pie, according to speakers at the recent GBLC, the largest annual INSEAD event in the Middle East. 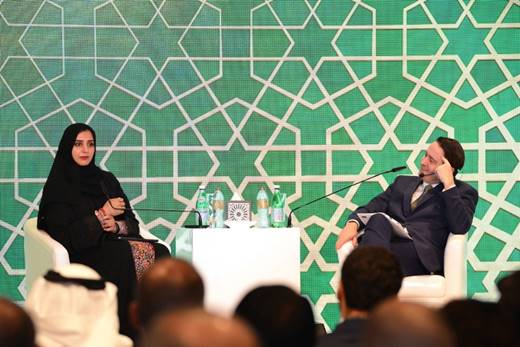 At the GBLC, H.E. Dr. Aisha Bin Bishr, Director General, Smart Dubai Office, shared that Dubai is moving to the smart city concept today. In this model, digitisation is not only the sole responsibility of the government but also of the private sector and academia. The government focuses on incentivizing innovation and improving the happiness and well-being of people, which benefits business and society.

“We have to balance implementing new technologies and putting smart infrastructure in the city. We want our people to be happy. Today – after three years – I believe we’ve managed to strike a balance between these two agendas. We launched the happiness side in 2015, even before launching technological strategies like blockchain or AI. This sets the scene that what we are doing must focus on improving people’s happiness,” said H.E. Dr. Aisha Bin Bishr.

“Dubai reconstructed the boundary between modern and traditional Arabian culture, and between the East and West. Doing that created a city unlike any other in the world. That is how Dubai expanded their economic base and unleashed creative growth – enabling it to become a diversified, $105 billion economy. And it is how Dubai went from 30% of its GDP relying on oil revenue to less than 1% today.”

“When we think of INSEAD as a force for good, it reveals the other half of the strategy universe – from compete to create an innovation space, from disrupt to non-disrupt. It also puts people smack dab in the center of strategy. Because you can have the best strategy in the world, but without people it goes nowhere,” she said. 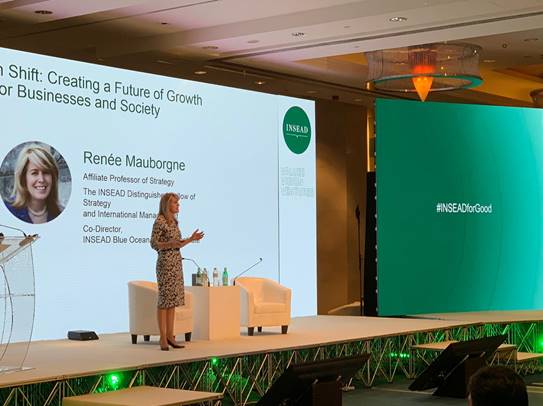 William Doucas, CEO of Elutions, a market-leading provider of artificial intelligence solutions for infrastructure intensive operations, shared two successful cases where Elutions has deployed AI at scale to deliver quantifiable benefits while being sustainable. He commented, “When you think about sustainability, we see that profits should drive sustainability. The more we can help these entities, such as water and wastewater services or an electric utility, there is less burden on governments. The reduced costs can get invested back into society and help make society better.”

“All of us can do well by doing good if we look beyond purely shareholder value, and think about value for good, value in the world,” said Paul Kewene-Hite, INSEAD Affiliate Professor of Entrepreneurship and Family Enterprise, when he opened the Tech for Good: Entrepreneurship and Innovation panel. 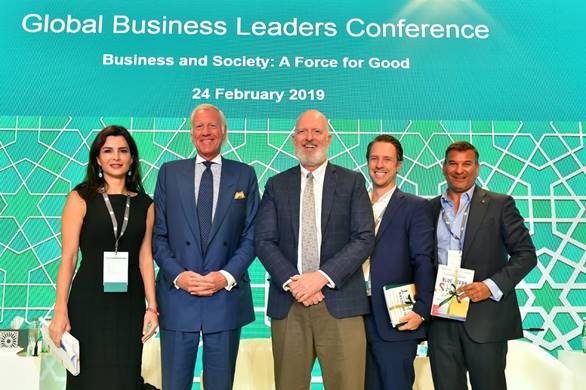 Karl Magnus Olsson, Founder and Managing Director of Careem, an Uber competitor in the Middle East, shared how the company is creating new market space in developing countries, “We are rolling out dynamic buses in Cairo right now, but we're not disrupting an existing bus system because it doesn't exist. 90% of our customers in Saudi Arabia did not use taxis before Careem came about because of reasons of safety and liability.” Within six years, the company has hired over one million ‘captains’, their term for drivers, creating meaningful employment across the greater MENA region and meeting mobility needs of more than 30 million customers.

Dr. Leila Hoteit, Partner & Managing Director of The Boston Consulting Group, pointed out that while technology can open doors and facilitate success, a key challenge lies in scaling up. “To enable technology to innovate and scale up, the public sector has to play an important role. From legislation to funding and coordination with the private sector and third sector, the public sector must be active in building human capital across the ecosystem,” she said.

Peter Zemsky, INSEAD Deputy Dean and Dean of Innovation, said that the school’s vision of business as a force for good enables constant reinvention and innovation. “As the business school for the world, we constantly ask ourselves, are we rising up to the challenge of the moment and what can we do to prepare leaders who are going to manage a fundamentally different environment than what we saw just five years ago. What we’d like to do in this space is to create and lead the key conversations around the world that can touch the lives of thousands of current and future leaders, as well as offer transformative business education in line with our vision and values.”

The GBLC ended with the Middle East launch of The Campaign for INSEAD: A Force for Good, the school’s most ambitious capital campaign to date. INSEAD will continue to spearhead a dialogue around the world about business as force for good. This will build on strong momentum from recent Campaign launch events and forums in Europe, Asia and the Middle East. To participate in this critical conversation, visit the Campaign website and follow us on social media to see how you can get involved.

About INSEAD, The Business School for the World

As one of the world's leading and largest graduate business schools, INSEAD brings together people, cultures and ideas to develop responsible leaders who transform business and society. A global perspective and cultural diversity are reflected in all aspects of its research and teaching.

In addition to INSEAD's programmes on its three campuses, INSEAD participates in academic partnerships with the Wharton School of the University of Pennsylvania (Philadelphia & San Francisco); the Kellogg School of Management at Northwestern University near Chicago; the Johns Hopkins University/SAIS in Washington DC and the Teachers College at Columbia University in New York; and MIT Sloan School of Management in Cambridge, Massachusetts. In Asia, INSEAD partners with School of Economics and Management at Tsinghua University in Beijing, and China Europe International Business School (CEIBS) in Shanghai. INSEAD is a founding member in the multidisciplinary Sorbonne University created in 2012, and also partners with Fundação Dom Cabral in Brazil.

INSEAD became a pioneer of international business education with the graduation of the first MBA class on the Fontainebleau campus in Europe in 1960. In 2000, INSEAD opened its Asia campus in Singapore. In 2007, the school inaugurated a Centre for Research and Executive Education in the United Arab Emirates and officially opened the Middle East Campus in Abu Dhabi in 2010.

Around the world and over the decades, INSEAD continues to conduct cutting edge research and to innovate across all its programmes to provide business leaders with the knowledge and sensitivity to operate anywhere. These core values have enabled INSEAD to become truly "The Business School for the World”.

More information about INSEAD can be found at www.insead.edu.