Yellen says Treasury to get aid to cities, states in 'quickest way possible' 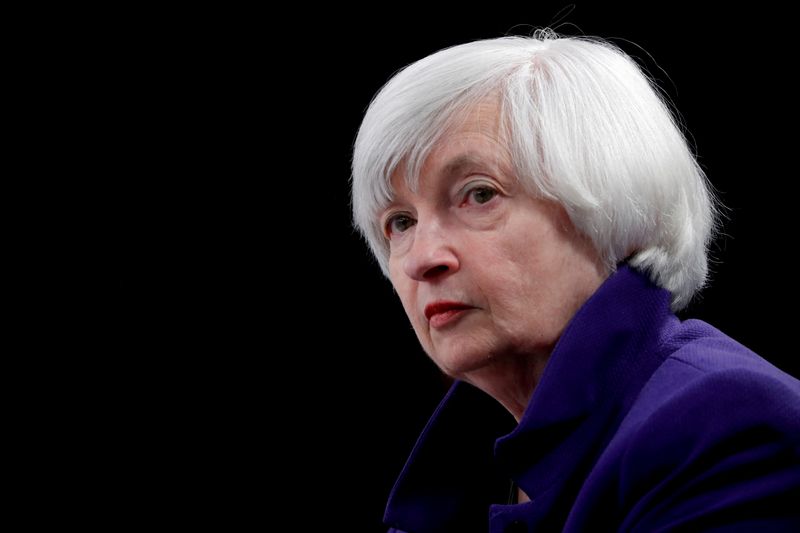 WASHINGTON (Reuters) - The U.S. Treasury will work to quickly distribute $350 billion in aid to state and local governments from President Joe Biden's coronavirus stimulus bill, Treasury Secretary Janet Yellen said on Tuesday, adding that it should bring "some measure of prosperity" after the pandemic ends.

"In the coming days our Treasury team is going to work to get this aid out in the quickest way possible, and the one that produces the greatest economic impact," Yellen said in remarks to a National League of Cities conference.

The Treasury also is responsible for sending out $1,400 payments to individuals as part of Biden's $1.9 trillion American Rescue Plan Act, which is set for final passage by the House of Representatives on Wednesday after clearing a procedural hurdle late on Tuesday.

Yellen did not provide detail on how quickly electronic payments could be transmitted, but tax experts say that qualifying Americans who regularly file tax returns could get them within days of Biden signing the aid package into law.

The package also includes funding for vaccines, schools and aid for businesses still struggling with the year-old pandemic.

"If we do our job, I am confident that Americans will make it to the other side of this pandemic â and be met there by some measure of prosperity," Yellen told city officials by videoconference. "By the end of the year, I expect your city economies will resemble 2019 much more than 2020."

She added that it was not enough simply to return to the economy of 2019, which masked deep inequalities that still needed to be tackled.

Yellen did not provide any details on how she will distribute the latest round of COVID-19 aid to states and cities, which is meant to replace tax revenue lost to the pandemic, such as from retail sales, restaurant and hotel taxes.

The aid bill in its final form deleted a requirement that $195.3 billion in state funds be split into two tranches, with the second part made available only after 12 months.

Instead, the bill states that Yellen is given the optional authority to withhold up to half of the state funds in the bill, based on each state's unemployment rate. The bill's text does not state how that authority should be exercised.