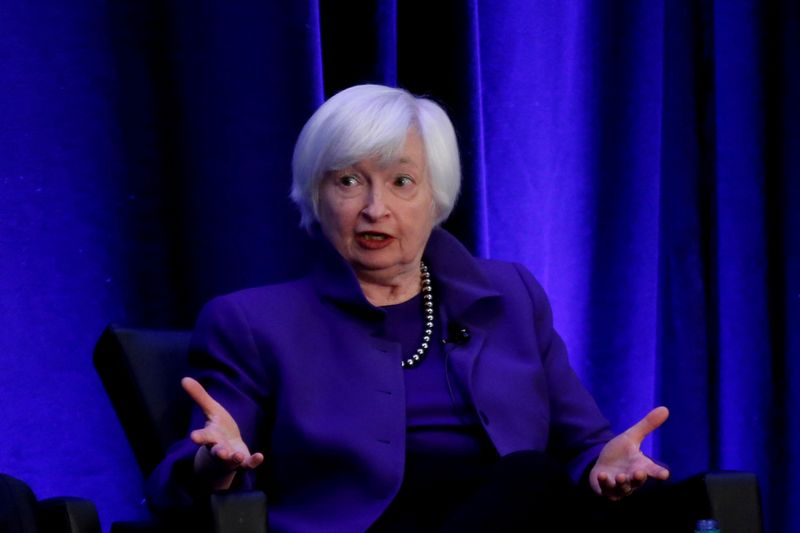 Yellen discussed the importance of "using all the tools at our disposal, including the tax code, to drive toward net-zero emissions," the statement said.

She noted that President Joe Biden's proposed tax changes would begin to modernize how the United States treats the fossil fuel industry by removing subsidies that date back to the early 1900s, the statement said.

Biden and his administration are moving rapidly to reverse the policies of Republican former President Donald Trump, a vocal climate change skeptic, who had pushed policies to maximize fossil fuel development.

The U.S. Interior Department on Friday also sought to erase the Trump administration's pro-fossil fuels legacy by revoking a series of policies that boosted drilling and mining, and ordering that climate change be put at the forefront in future agency decisions.

During the Treasury meeting, Adeyemo discussed proposed changes in the corporate tax law and how they will interact with other parts of the climate agenda, Treasury said.

He described Biden's $2.3 trillion infrastructure plan, which includes funding for funding electric vehicles and other alternative energy projects, as "the most significant investment in the fight against climate change the country has ever made.