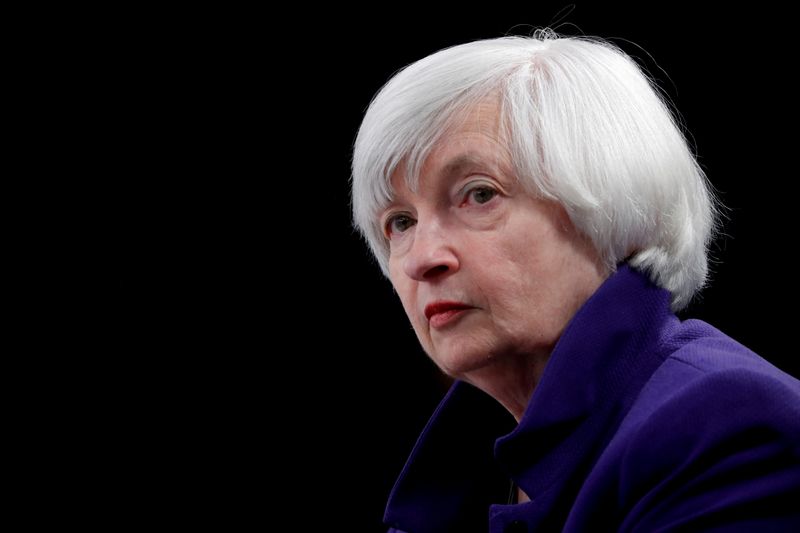 WASHINGTON (Reuters) - U.S. Treasury Secretary Janet Yellen said on Sunday that it is too soon to say whether new policies or regulations are needed to deal with recent market volatility.

"We really need to understand exactly what happened and the Securities and Exchange Commission (SEC) is working hard to assemble a report that gives us the facts, and when we have them we can look at whether or not there were issues that need to be addressed through new policy or regulations," Yellen told CNN's "State of the Union" program.

A swarm of buying by amateur traders over the past two weeks sparked big moves in shares of companies such as video game retailer GameStop Corp that hedge funds had bet against. Some framed it as a battle between Wall Street and Main Street.