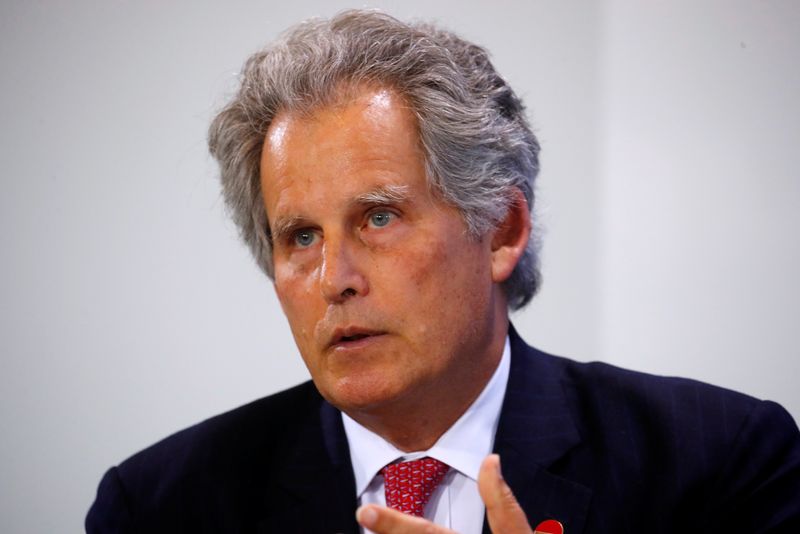 By Andrea Shalal and David Lawder

WASHINGTON (Reuters) - David Lipton, an economist who served as a senior official at the International Monetary Fund and U.S. Treasury, will return to government service as a senior adviser to Treasury Secretary Janet Yellen, six sources familiar with the matter said.

Lipton will focus on the U.S. role within the Group of Seven advanced economies and the larger Group of 20 economies in a temporary role, several sources said on condition of anonymity. It comes as the world's top economies are struggling to manage the coronavirus pandemic and ensure a nascent global recovery stays on course.

The White House and Treasury had no comment. Lipton did not respond to an emailed request for comment.

Bringing Lipton on board to guide international matters will free Yellen to focus on the U.S. economy and work to ensure passage of President Joe Biden's $1.9 trillion rescue plan, which has run into resistance from Republicans in Congress, the sources said.

"Lipton's presence in the Yellen Treasury is a huge boost for the department's international efforts. He brings immediate credibility and signals that the Biden administration intends to hit the ground running in responding to the economic dimensions of this crisis globally," said Scott Morris, a senior fellow at the Center for Global Development and former Treasury official.

Lipton's experience on international economic issues and his tenure as Treasury undersecretary for international affairs from 1993 to 1998 in the Clinton administration will help Washington as it seeks to rebuild ties with allies and multilateral institutions, people familiar with his assignment said.

Several of the sources said Lipton's assignment would help bridge a gap in staffing as Yellen assembles her team.

The Senate has not yet scheduled a confirmation hearing for Yellen's nominated deputy Wally Adeyemo, and the Biden administration has not yet announced its pick for the international post at Treasury, or who will serve as the G7/G20 sherpa, a job normally housed at the White House.

The sources welcomed Lipton's return to official life after IMF Managing Director Kristalina Georgieva ousted him as her top deputy one year ago, some 19 months before his official term was due to expire. He had served nearly 8-1/2 years in the role.

Lipton began his professional career as an economist at the IMF in 1981, and held senior roles in the administrations of former Presidents Barack Obama and Bill Clinton.

Allies are looking for more muscular U.S. leadership on global issues ranging from climate change, battling the pandemic and staving off a wave of sovereign debt defaults among low-income countries. IMF officials have warned of continued uncertainty and divergent economic trends that threaten to push an additional 90 million people into poverty, as even advanced economies struggle to distribute COVID-19 vaccines.

Lipton will also likely have to wade into global talks on taxation after those negotiations came to a standstill under former Treasury Secretary Steven Mnuchin.

It was not immediately clear when Lipton would start in his new role, but the move could happen quickly since the job does not require Senate confirmation.

Consensus is building for a new allocation of IMF Special Drawing Rights, a move akin to a central bank printing money, that was blocked by Mnuchin. Such a move would provide extra reserves to every IMF member at a time when funding needs remain large, especially for low-income countries hit hard by COVID-19.

The Biden administration has signaled support for a new allocation of SDRs, and legislation to back such a move is working its way through the now Democratic-controlled Congress.