Biden says U.S. ready to work with China when it is in America's interest 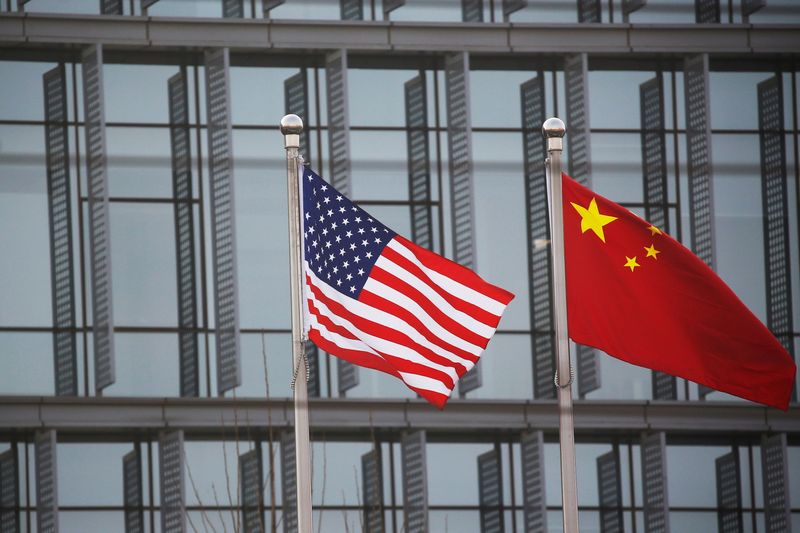 FILE PHOTO: Chinese and U.S. flags flutter outside the building of an American company in Beijing, China, January 21, 2021. REUTERS/Tingshu Wang

WASHINGTON (Reuters) - President Joe Biden on Thursday called China's America's most serious competitor, but said the United States is ready to work with China when it is in its interests to do so.

"We will ... take on directly the challenges posed (to) our prosperity, security and democratic values by our most serious competitor, China," Biden said in a speech during his first visit to the State Department.

"We will confront China's economic abuses, counter its aggressive course of action to push back China's attack on human rights, intellectual property and global governance," he said. "But we're ready to work with Beijing, when it's in America's interest to do so."