You could own a 'Fast Five' Grand Sport, 'Green Hornet' Black Beauty and more

VOLO, Ill., March 16, 2021 /PRNewswire/ -- Collectors of rare, screen-used cars are about to enjoy the chance of a lifetime. 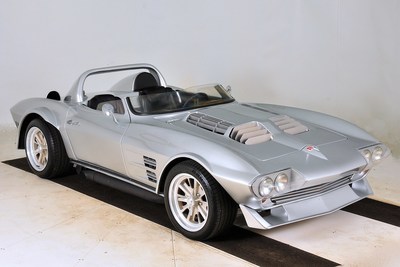 There's also a Sony promotional "Ghostbusters" hearse from the 2016 film; a 1958 Chevy Nomad used throughout the 2020 thriller "Let Him Go," featuring Kevin Costner and Diane Lane; and a screen-used 1973 Ferrari Daytona from an upcoming Bradley Cooper film, "Soggy Bottom," as well as from the TV series "9-1-1."

"Any of these cars is a fantastic find and a tremendous investment," said Brian Grams, director of the museum in northeastern Illinois. "We need to make room for new exhibits, and recoup some of the cost of the spectacular interactive spaces we have been building during the pandemic shutdown."

As is always the case at the Volo Auto Museum, the rarities don't stop with film-famous cars. This auction will feature fully functional 1950s kiddie rides, too.

Looking to outshine the neighbor's golf cart? With its art-deco styling and flounce-edged bimini top, you may want to bid on the 1957 Walker Executive. A Disney trolley, a 1918 and 1926 Model T and even a 1937 Pierce Arrow camper all will be auctioned, with no buyers' premiums and no reserve, Grams said.

"Winning bidders will walk away with some remarkable treasures," Grams said. "The yellow 'Ford v Ferrari' sports car, for example, was built to replicate an actual racer from the infamous 1966 LeMans â a car that's worth $40 million today." 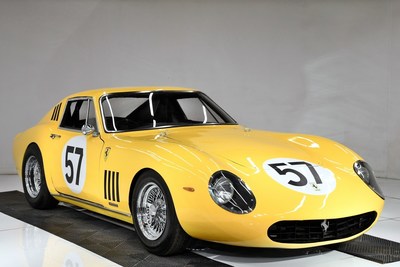