Vidalia Onions On The Official Menu At The 2021 Kentucky DerbyÂ® 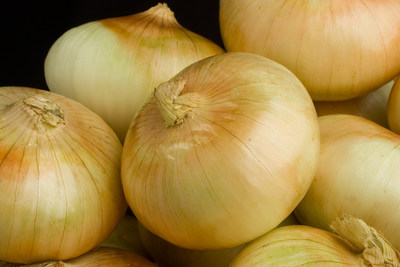 The Vidalia Onion Committee (VOC) today announced that Vidalia onions are on the official menu for the 2021 Kentucky Derby and will be featured in several dishes served to patrons of the Most Exciting Two Minutes in Sports.

"After a year that has been challenging for all of us, we hope our first-ever partnership with the Kentucky Derby will serve as a tiny beacon of normal life by bringing together two of the country's beloved 'rites of spring,'" said VOC Chairman Aries Haygood. "We are honored to be part of the official menu of this year's Derby."

"We are thrilled to have the Vidalia Onion Committee as a sponsor for the 2021 Kentucky Derby," said Mike Anderson, President of Churchill Downs Racetrack. "And, of course, we can't wait to taste our official menu dishes containing the unique flavor of America's favorite sweet onion."

Vidalia onions will be featured in several dishes on the official Derby menu including Chicken with Vidalia Onion and Mushroom Sauce and Vidalia Onion, Bourbon Sorghum Vinaigrette on a Black Eyed Pea Salad.

"Like chefs and home cooks across the country, I know there is nothing else to compare to the sweet, mild flavor of Vidalia onions," said Churchill Down's Executive Chef David Danielson, the culinary artist behind the annual Kentucky Derby official menu. "We think this year's Derby fans are going to love the items on the menu that feature Vidalia onions."

First discovered in the 1930s, Vidalia onions quickly grew in popularity over the next few decades. The Georgia Vidalia Onion Act established that only sweet onions grown in 20 South Georgia counties from a distinctive Granex seed and packed and sold on or after the official pack date â determined by the state's agriculture department each year â could be called Vidalia onions.Â Â

In 1989, the U.S. Department of Agriculture provided federal protection to the onion and created the VOC to support marketing and research initiatives. In 1992, the state of Georgia became the official owner of the Vidalia onion trademark.

About the VidaliaÂ® Onion CommitteeBecause VidaliaÂ® onions are sweetly unique, farmers united to seek legal protection for their crop and its name. Federal Marketing Order No. 955 was established in 1989, to stipulate where the crop can be grown and help with research and promotion of Vidalia onions. The Vidalia Onion Committee administers FMO No. 955 and authorizes production research, marketing research and development and marketing promotion programs. This federal program along with Georgia state laws that protect the Vidalia trademark have provided a legal framework for the industry. So, you can try to grow a sweet onion elsewhere, but you cannot call it a "Vidalia," unless it is from Georgia! For more information, visit VidaliaOnion.org.

About Churchill DownsChurchill Downs Racetrack ("CDRT"), the world's most legendary racetrack, has been the home of The Kentucky Derby, the longest continually held annual sporting event in the United States, since 1875. Located in Louisville, CDRT features a series of themed race days during Derby Week, including the Kentucky Oaks, and conducts Thoroughbred horse racing during three race meets in the Spring, September, and the Fall. CDRT is located on 175 acres and has a one-mile dirt track, a 7/8-mile turf track, a stabling area, and provides seating for approximately 60,000 guests. The saddling paddock and the stable area has barns sufficient to accommodate 1,400 horses and a 114-room dormitory for backstretch personnel. CDRT also has a year-round simulcast wagering facility. www.ChurchillDowns.com.