LEXINGTON, Ky., Oct. 21, 2021 /PRNewswire/ -- Former US Congressman Thomas J. (Tom) Rooney has been named the successor to Alex Waldrop as the president and chief executive officer of the National Thoroughbred Racing Association (NTRA), it was announced today by the NTRA Board of Directors. As announced earlier this year, Waldrop will retire at the end of 2021.

A Thoroughbred owner and breeder who hails from one of America's great sporting families, Rooney has taken an active role for several years in his family's Shamrock Farm, a Thoroughbred breeding and lay-up operation in Woodbine, Maryland, founded by his grandfather, including serving on the board of the Maryland Horse Breeders Association since 2020.

"It is a great privilege for me to join the NTRA and serve as the organization's next leader," said Rooney. "Having been immersed in horse racing my entire life, I know the issues and have a solid understanding of the needs of the industry. Coupled with my ten years serving as a Member of Congress, I know how to get things done in Washington, D.C. and look forward to increasing our advocacy efforts with our nation's lawmakers. I'm excited to join the team and look forward to working with all our member organizations to move our agenda forward."

"On behalf of the NTRA Board, I am excited to confirm Tom Rooney's appointment as the next president and CEO of the NTRA," said Alan Foreman, Chairman and CEO of the Thoroughbred Horsemen's Association and the NTRA Board member who led the NTRA's transition and search committee. "We are incredibly fortunate to have engaged such a talented and experienced individual as Tom as we position the NTRA to address the challenges facing our industry. I believe Tom's taking on this position will be a game-changer for the NTRA and the Thoroughbred racing industry. Tom's track record of experience and leadership will be invaluable as we move forward and as we expand our presence and advocacy on the federal level."

In conjunction with Rooney's appointment as president and CEO, the NTRA will conduct a strategic review of the organization and its activities as it places additional focus on its role as the trade association for the Thoroughbred racing and breeding industry. As such, in the coming months the NTRA plans to open an office in Washington, D.C., where it will focus primarily on federal legislative and policy issues. As part of his appointment, Rooney will also become President of Horse PAC, the NTRA's political action committee.

Rooney has a deep background in racing and sports. He grew up attending the races in his native Pennsylvania, Maryland, New York, Florida and Kentucky with family members. Led by his grandfather, Art Rooney, Sr., the Rooney family has been the majority owners and operators of theÂ National Football League's Pittsburgh Steelers since 1933. Rooney family members also own the Palm Beach Kennel Club in Florida, owned Yonkers Raceway in New York until 2019, and owned former racetracks Green Mountain in Vermont and Liberty Bell in Pennsylvania.

As a Congressman, Rooney focused on economic, agricultural, national security and military issues. He was elected to the U.S. House of Representatives from Florida from 2009 to 2019. He served on the Committee on Agriculture, the Committee on Armed Services, and the Permanent Select Committee on Intelligence where he played a prominent role in the House Intelligence Committee's investigation of Russian interference in the 2016 presidential election.

Prior to becoming a member of the House, Rooney served with the U.S. Army as a lawyer in the JAG Corps. During his tenure, he was Special AssistantÂ U.S AttorneyÂ at Fort Hood, Texas, prosecuting all civilian crimes on post, and he served in theÂ 1st Cavalry Division. After completing active duty with the rank of captain, Rooney taught constitutional and criminal law at the U.S. Military Academy at West Point, New York. 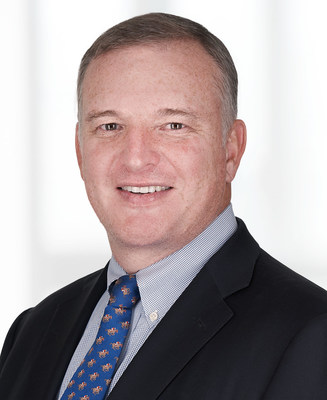