SALEM, Mass., Dec. 13, 2021 /PRNewswire/ -- This coming week, The Satanic Temple ("TST") will seek a court declaration that TST's membership has a religious right to engage in their abortion ritual, challenging the Texas legislature's recent de jure abortion ban. The Satanic Temple argues their right exists due to three distinct legal protections. First, TST has a right to a religious accommodation of its members to engage in the abortion ritual under the Texas Religious Freedom Restoration Act. Second, TST has a constitutional right under the Texas Constitution to the free exercise of their religious practices, including the abortion ritual. Third and specific to the Texas legislature's new anti-abortion law (SB8), First Amendment "conduct," including TST's religious abortion ritual, is not permitted to be the target of civil actions filed under SB8. 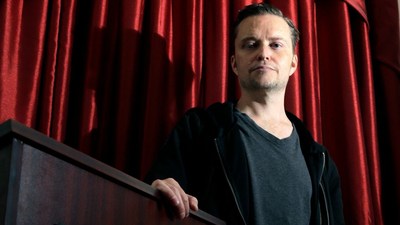 "SB8's ban on abortions after six weeks infringes upon our members' rights to engage with their chosen religion and to participate in religious rites and rituals," argued The Satanic Temple's Director of Campaign Operations Erin Helian. "In accordance with our Third Tenet, The Satanic Temple will push back against the Texas legislature's violation of our members' bodily autonomy and freedom of choice."

The Satanic Temple is also engaged in another lawsuit before the US District Court for the Southern District of Texas against the state of Texas for impeding the free exercise rights of a member seeking an abortion. The member was met with state-mandated interventions prior to the procedure, designed by the legislature to discourage people from seeking abortions. Texas's current state laws require doctors to administer legally mandated, though not medically necessary, procedures before obtaining an abortion. The mandate forces patients to be given a sonogram, to be provided the results of that test, to be given a narrative written by the Texas legislature about the supposed meaning of the sonogram results, and a mandatory waiting period following the sonogram before the abortion can be administered. These steps aim to manipulate those seeking abortion care into altering their decision, thus interfering with freedom of choice and bodily autonomy.

"The Temple will work tirelessly to do our best to protect the religious rights of members who want to engage in TST's abortion ritual," added Helian.

About The Satanic Temple

The Satanic Temple, subject of the critically-acclaimed documentary, Hail Satan?, and the academic analysis of modern Satanism, Speak of the Devil, confronts religious discrimination to secure the separation of church and state and defend the Constitutional rights of its members. In response to Oklahoma and Arkansas placing a Ten Commandments statue on Capitol grounds, TST offered its bronze Baphomet statue to stand alongside the Christian monuments. TST hosts the "After School Satan" club to counter the Evangelical "Good News Clubs" in public schools across the country to promote a plurality of religious viewpoints. The mission of The Satanic Temple is to encourage benevolence and empathy, reject tyrannical authority, advocate practical common sense, oppose injustice, and undertake noble pursuits for the individual will. For more information about The Satanic Temple, visit https://thesatanictemple.com/.