Leading the transition of Minerva Schools at KGI to Minerva University

SAN FRANCISCO, March 4, 2021 /PRNewswire/ --Â The Minerva Institute for Research and Scholarship today announced the appointment of Teri Cannon as the organization's Founding President. In her new role, Cannon will lead Minerva Institute, the non-profit entity that operates Minerva Schools at Keck Graduate Institute and will become Minerva University upon accreditation separate from KGI. Cannon will then serve as the Founding President of Minerva University. 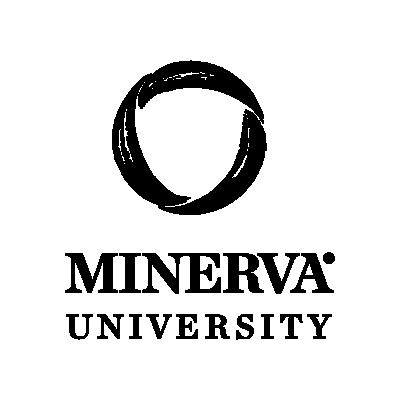 Cannon has been serving as Acting President of the Minerva Institute for the past 18 months. She has been the Chief Accreditation Officer since 2012, in addition to her leadership of the student life and student services teams for Minerva Schools. Prior to joining Minerva, Cannon served as Executive Vice President at WSCUC. In addition, Cannon has held the position of Dean at two law schools, authored three books, developed initiatives to increase access to legal services, and worked on the diversity pipeline into the legal profession. As a proven leader with deep academic leadership experience in both public and private institutions and nearly 10 years at Minerva, Cannon is best suited to shepherd this evolution of Minerva Institute and Minerva Schools to fruition.

"Ten years ago, Ben Nelson began building the first high-quality university in more than one hundred years. Today, Minerva has become the most selective American higher education institution and is now in the process of acquiring independent regional accreditation," said Bob Kerrey, Chairman of the Board for Minerva Institute. "Teri's demonstrated commitment to access, quality, and high standards has been critical for Minerva's development and makes her uniquely and exceptionally qualified to lead Minerva in this exciting new phase."

"I am honored that the Minerva Institute board has asked me to lead Minerva Institute as its Founding President," said Teri Cannon. "We have much to do in the next couple of years, foremost achieving accreditation and becoming Minerva University while expanding our reach to increase access to the kind and quality of education that only Minerva can provide. Living our mission of nurturing critical wisdom for the sake of the world will require institutional growth for long-term sustainability and robust philanthropic support. I am excited to lead Minerva into this next phase."

As Minerva Institute's founder, benefactor, visionary, and leader, Ben Nelson will continue to share his guidance with Minerva University in his role as the university's Chancellor, a trustee, donor, and advisor. Teri Cannon's appointment is effective March 1, 2021.

About Minerva Schools at KGI The Minerva Schools at KGI offer a reinvented university experience for the brightest, most motivated students from around the world. Combining an interdisciplinary curriculum and rigorous academic standards, an accomplished faculty versed in the science of learning, and an advanced interactive learning platform leveraging cutting-edge technology, Minerva delivers an exceptional liberal arts and sciences education for future leaders and innovators in every discipline. The Minerva Schools at KGI were established in 2013 by Keck Graduate Institute, a WSCUC-accredited institution, in alliance with Minerva Project. The groundbreaking creation of the Minerva Schools at KGI is detailed in the bookÂ Building the Intentional University: Minerva and the Future of Higher Education (MIT Press).