Ahead of the busiest summer moving months, the nation's largest moving franchise gears up to help Move People Forward by offering fruitful career paths to team members and giving back to communities in need.

LANSING, Mich., April 1, 2021 /PRNewswire/ -- TWO MEN AND A TRUCKÂ®, the largest moving franchise in the U.S., has big plans to hire 2,000 team members across its 350 locations in April and provide them a career path toward management or business ownership and independence as part of its annual Career Move Month campaign. 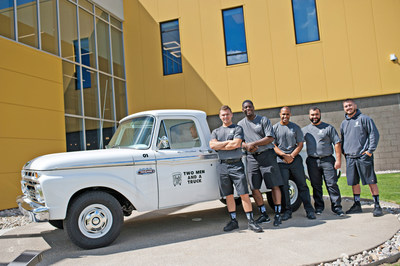 In addition to providing thousands of people a promising career, for every new hire in the month of April, TWO MEN AND A TRUCK will donate five books to educators serving children in need through the non-profit, First Book. Overall, the company plans to donate 5,000 books to deserving organizations nationwide.

"Through Career Move Month, TWO MEN AND A TRUCK promotes opportunities to potential hires and encourages them to join a company focused as heavily on the satisfaction of its customers as it is on its team members' success," said Sara Bennett, the brand's chief talent officer. "We don't just offer employees a job. We pride ourselves on providing a supportive environment for our employees, one where everyone can experience camaraderie, help people move forward in their own lives andÂ grow their careers."

As the brand continues to weave together providing opportunity, giving back to the community, and investing in diversity and inclusion at a local level, for April's Career Move Month, TWO MEN AND A TRUCK locations across the country will donate copies of the children's book "When Grandma Gives You a Lemon Tree" for every employee hired in April.

"First Book believes education is the best path out of poverty for kids in need and providing meaningful books is one step to support these kids," said Bennett. "'When Grandma Gives You a Lemon Tree' illustrates many important life lessons, including using creativity, patience and hard work to turn an unwanted gift into a blessing for many. This message aligns beautifully with our company's core purpose, to move people forward."

Bennett believes deeply in promoting from within and providing employees with a career path because she too started with the company in an entry level position, as an administrator. She's not the only member of the brand's leadership team who rose up through the ranks. Randy Shacka, the brand's president, began his career as an intern.

Overall, the brand's commitment to promoting from within has led to 75% of TWO MEN AND A TRUCK location managers coming from frontline positions and one third of the brand's franchisees having started out on the frontline.

During the worst of the pandemic, after being deemed as essential workers, TWO MEN AND A TRUCK teams did not go on furlough and were able to continue delivering service and earning pay checks. In fact, last summer saw a boom in moving jobs, and the brand's multiple streams of revenue from additional services including junk removal and storage, provide franchisees plenty of ways to keep employees clocked in.

"A big factor in our brand's continued success and consistent growth is our commitment to developing staff at all levels, giving them the tools to succeed and develop a career within our brand," said Bennett. "We're eager to add thousands of talented new employees to our team, and I can't wait to hear the success stories of people hired during this year's Career Move Month."Â Â 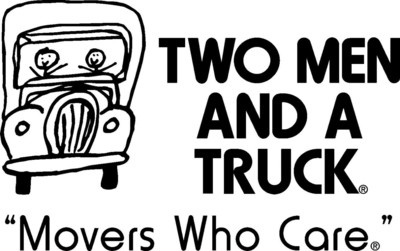 SOURCE TWO MEN AND A TRUCK