LOS ANGELES, March 16, 2021 /PRNewswire/ --Â Following its recent launch, Straight Up Impact, a woman-owned, fully integrated media company, today announced that it's in development for a full-length feature film "Man's Search for Meaning," based on the seminal 1946 book written by Viktor Frankl about his experiences as a prisoner in Nazi concentration camps.Â Â 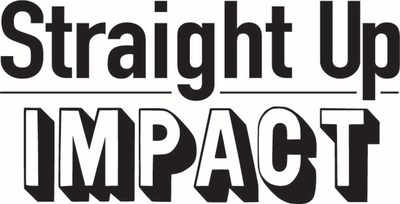 The "Man's Search for Meaning" team also includes screenwriter Angela Workman, whose previous writing credits include "The Zookeeper's Wife," starring Jessica Chastain and released by Focus Features. Pam Roy, who is a co-founder of Straight Up Impact along with Cohen and Polvino, will serve as executive producer of the film, slated for release in 2023.

Straight Up Impactâan offshoot of Straight Up Films, which has produced major motion pictures such as Transcendence, starring Johnny Depp and Morgan Freeman, and released films with likes of Gavin O'Connor and Spike Leeâfocuses on financing, developing and producing thought-provoking stories that inspire audiences to change. The company will produce a variety of media, including feature films, series, documentaries and short films, up to $20 million.

"We are honored that Viktor Frankl's family has entrusted us to tell his incredible life story," Ms. Cohen said. "Our mission is to share his teachings with the world in the hopes that more people find meaning in their lives."

With more than 16 million copies sold, "Man's Search for Meaning" centers on the notion that people are motivated byÂ finding meaning and purpose in their lives, rather than the pursuit of mere pleasure or happiness. In the book, Frankl explains that Nazi prisoners who were able to find meaning, even if only to help another person get through the day, were more likely to survive.

"The ability to find meaning in the most difficult times, even in times of injustice or extreme stress is perhaps the most important skill we can develop in life," Mr. Robbins said. "Viktor Frankl's book, 'Man's Search for Meaning', provides the most compelling and triumphant account I have ever read of humanity's ability to persevere through the unimaginable. I've long recommended to those in a rough place in life to read Frankl's book. This film will allow the important life lessons contained in this timeless and significant work to reach and impact even more people."Â

Born in Vienna in 1905, Frankl began counseling suicidal patients in the 1920s and lost his mother, father, brother and wife in concentration camps. After the war, he continued his work as a psychiatrist and neurologist in Vienna. Â

"When suffering is inevitable, the attitude we choose matters most," said Mr. Vesely, a licensed logotherapist and co-founder of the Viktor Frankl Institute of America. "Despite experiencing unspeakable horrors and loss, my grandfather continued to help others to find meaning in life, even when great adversity and tragedy are a part of it. I hope this film inspires anyone dealing with their own struggles."

For more information on Straight Up Impact, contact Jami Schlicher at 973-647-0655 or jschlicher@jconnelly.com.Â Â Â

About Straight Up Impact Straight Up Impact is a spinoff of Straight Up Films, and it finances, develops and produces thought-provoking stories that inspire audiences to enact positive change. Straight Up Films Founders Kate Cohen and Marisa Polvino have partnered with strategist and financier Pam Roy to lead this woman-owned company, which will focus on releasing a wide variety of content, including feature films, series, documentaries and short films. For more information, visit www.straight-up-impact.com.Â