Frost & Sullivan's Best Practices awards seek to recognize individuals or companies that have accomplished an innovative or disruptive breakthrough in their field. StoreDot received the award for its ground-breaking FlashBattery XFC technology that can charge an EV in just five minutes, the same time it takes to refuel a conventional combustion engine vehicle, and delivers a driving range of up to 300 miles. This breakthrough is achieved by replacing graphite in the cell's anode with metalloid nano-particles and proprietary organic compounds to overcome major safety issues, battery cycle life, and swelling during the charging process. In particular, Frost & Sullivan analysts noted FlashBattery's unique ability to eliminate issues such as plating, thermal fluctuations, and unstable charging.

StoreDot's XFC battery was benchmarked against competing products on several attributes (match to market needs, reliability, quality, positioning, and design) and its customer impact (brand equity). StoreDot achieved close to full marks in both categories, which was accredited to FlashBattery being a "one-stop-shop solution that offers a safe fast charging

solution at a competitive price, and has the backing of their strong industry partnerships with OEMs, manufacturers, and energy providers".

Vijay Wilfred, Senior Research Analyst, TechVision, at Frost & Sullivan, says: "Batteries are one of the primary technologies when it comes to EV integration, and although lithium-ion batteries have substantially transformed the industry, these systems require long charging times and are unable to keep that charge. StoreDot's technology is a significant step up, and with its outstanding performance in both categories, the company was a step ahead of its competition. With its strong R&D team, we can see that it will be able to achieve rapid commercialization through mass production."

In January of this year, StoreDot achieved a world first when it launched engineering samples of its first-generation battery technology manufactured on standard lithium-ion production lines. This removes a significant barrier to achieving full commercialization of StoreDot's XFC technology by eliminating the need for manufacturing partners to invest in costly bespoke manufacturing equipment.

Frost & Sullivan noted that another indicator of StoreDot's ability to flourish commercially is its focus on meeting the needs of the future EV industry with its second- and third-generation technologies. StoreDot's second-generation battery, which will be launched as a prototype later in 2021, comprises a silicon-dominant anode and will bring the price of XFC technology much closer to that of standard lithium-ion batteries. Looking further ahead, its third-generation cells will use a hybrid form of solid-state technologies to deliver extreme energy density (XED) as an evolution to XFC, thus continuously improving the EV driving experience by delivering more miles per minute of charging.

Dr. Doron Myersdorf, CEO and Cofounder of StoreDot, says: "We are delighted to receive this award, which is testament to the vision and hard work of StoreDot's qualified team of scientists together with our partners. The world is facing a mounting environmental crisis and making a rapid transition to EVs will play a crucial role in helping our planet. However, achieving that goal is only possible with the availability of a true and proven new battery technology."

Myersdorf continues: "Today, there are still cynics that believe that XFC is not possible. Yet, we proved time and again that it is very real. First in 2019, when we partnered with BP to demonstrate the world's first live charge of a two-wheeled EV, and more recently with the launch of our first-generation engineering samples. This award from industry experts provides a further proof point that not only is XFC possible, it is also commercially viable and ready to scale for mass production." 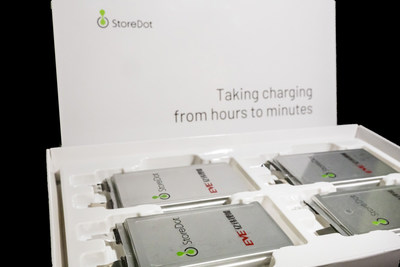 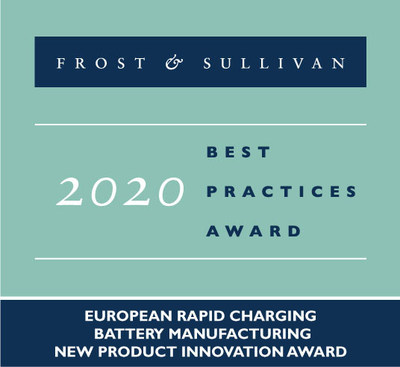 About StoreDot: StoreDot is a pioneer of extreme fast charging (XFC) batteries that overcome the critical barrier to mainstream EV adoption â range and charging anxiety. The company has revolutionized the conventional Li-ion battery by designing and synthesizing proprietary organic and inorganic compounds, making it possible to fully charge an EV in just five minutes â the same time it takes to refuel a conventional combustion engine vehicle. StoreDot's battery technology is optimized for best driver experience with XFC in Li-ion batteries, as well as future generations delivering extreme energy density (XED).

StoreDot's strategic investors include bp, Daimler, Samsung Ventures and TDK. In 2019, the company achieved a world first by demonstrating the live full charge of a two-wheeled EV in just five minutes. Moving XFC battery technology from the lab to a commercially viable product for the first time, StoreDot has launched engineering samples of its first-generation batteries, designed to be manufactured at scale on traditional Li-lion production lines.