DOHA, Qatar, Sept. 18, 2021 /PRNewswire/ -- In higher education institutions throughout the Arab world, there exists a significant gender gap among the student population â one that favors Arab women. The greatest gender gap can be observed in Qatar, where enrollment statistics favored women with 47 percent compared to 6 percent of men in higher education programs in 2016.Â

According to Dr. Buthaina Al Ansari, accomplished Qatari businesswoman and jury member on Stars of Science season 13, these high rates of Arab women in the STEM fields underline their long-standing commitment to the region's development. "Many of us are now encouraged to pursue our scientific aspirations, but our drive to improve the lives of those around us and add to the region's wealth of knowledge have always been present," she said.

Engineer Sylia Khecheni, a Stars of Science alumna, is currently an Applied Research Project Manager at Ibtechar in Qatar after having worked as an R&D manager at Algerie Telecom. Sylia noted that women face multiple obstacles when it comes to finding work in these industries.

Stars of Science, the Qatar Foundation TV initiative is designed to help address this issue. The show has invited Arab innovators like Khecheni from across the region to compete on the show. To date, 320 women have participated in the show's casting across all its 13 seasons, and 29 women have competed as part of the show's Top Eight.

Khecheni participated in Season 10 of the show, with her invention, SkyCloak, the Home Privacy Drone Blocker. This device detects commercial Wi-Fi or radio-controlled drones before jamming remote control signals and blocking any live video transmissions within a specified area. Khecheni won third place and garnered enough support to continue working on SkyCloak after her time on the show.

Along with her team, sheÂ carried on with the development of SkyCloakÂ and has successfully reached a third version MVP prototype that has been tested on overÂ 50Â different drones manufactured byÂ 18Â different vendors.

Khecheni took home the grand prize and special recognition from the jury at the 2020 International Invention Fair of the Middle East, the largest specialized exhibition of inventions in the region hosting more than 60 nationalities and hundreds of inventions. 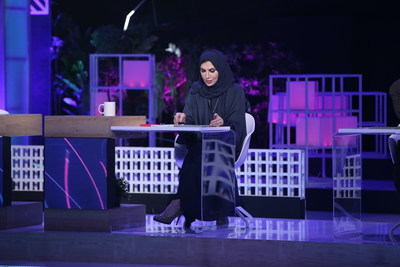