NASHVILLE, Tenn., March 9, 2021 /PRNewswire/ --Â Today, Sony Music Publishing announced it has renewed a global deal with award-winning country music superstar Luke Bryan. The four-time Entertainer of the Year and American Idol judge is one of today's most celebrated country music singer/songwriters with 26 career No. 1 singles, including 13 he co-wrote â among them "I Don't Want This Night To End," "Huntin', Fishin', And Lovin' Every Day," "Move," "Fast," "What Makes You Country" and more. 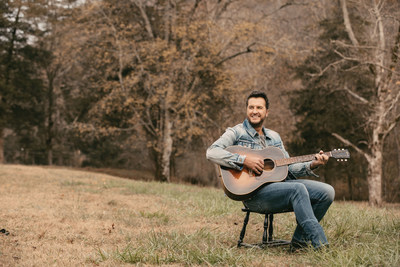 Luke has continued his winning momentum over the last year with his seventh studio album Born Here Live Here Die Here, which has garnered four back-to-back No. 1 songs â "Knockin' Boots," "What She Wants Tonight," "Down To One," and "One Margarita."

Recently, Luke announced that he plans to release a deluxe version of Born Here Live Here Die Here on April 9, adding six new songs to the original 10 tracks. He broke the news to fans live on Facebook and played two of his new tunes, "Country Does" and "Waves." The deluxe edition is available now for pre-order.

Luke Bryan said, "I've enjoyed many years with Sony Music Publishing and I'm happy to continue our partnership. Songwriters are the backbone of country music and being included in this category with arguably the biggest company in the business is unreal. I'm so thankful."

Luke Bryan launched his music career as a songwriter. He first gained prominence after co-writing Billy Currington's No. 1 single "Good Directions." Soon to follow was Luke's success as an artist with his breakthrough single "All My Friends Say," from his debut album I'll Stay Me.