BIRMINGHAM, Ala., Feb. 16, 2021 /PRNewswire/ --Â Skeeter, a world-class manufacturer of high-performance boats, has signed a multi-year deal to continue as an Official Premier Boat Sponsor of the Academy Sports + Outdoors Bassmaster Classic presented by Huk and the prestigious Bassmaster Tournament Trail through 2024. 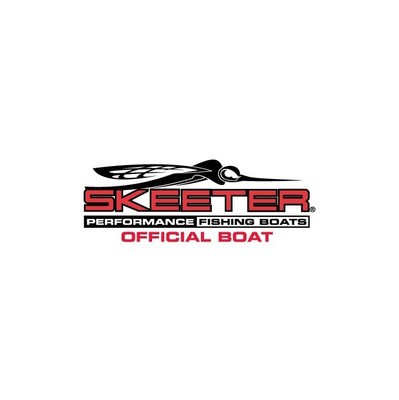 "There is simply no better way for Skeeter to reach enthusiastic anglers and fans of fishing at all levels than through the Bassmaster events," said B.A.S.S. CEO Bruce Akin. "Skeeter has a long heritage of helping anglers build memories on the water, and we're thrilled to continue working with Skeeter on initiatives designed to reach new anglers and help fans experience the beauty of America's waterways."

"B.A.S.S. and Skeeter have a long history together and we're excited to continue our relationship with an organization that shares our passion for fishing and boating," said Jeff Stone, Senior Vice President, Skeeter Boats. "B.A.S.S. has a way of generating enthusiasm for competitive fishing that stands above the rest of the industry. We look forward to watching our Skeeter pros compete during the next four years, and we also look forward to introducing new boaters and anglers to the sport through our B.A.S.S. sponsorship."

As a Premier Sponsor, Skeeter will be highlighted during Bassmaster LIVE, which is streamed on Bassmaster.comÂ and broadcast Saturday and Sunday mornings on the FOX Sports platforms, and enjoy exposure in Bassmaster and B.A.S.S. Times magazines and across various social media platforms as well as showcasing their boats at live events, including the well-attended Bassmaster Classic Outdoors Expo.

During the 2021 season, 19 Elite Series pros will be depending on the reliability of their Skeeter boat, including two-time 2020 winner Brandon PalaniukÂ and rookie Pat Schlapper, who double-qualified for the 2021 Elite Series via the Basspro.com Bassmaster Opens and as TNT B.A.S.S. Nation Champion.

"I have run Skeeter boats since 2004," said Schlapper. "Layout, drivability and reliability are all key factors for me. Skeeter has them all. Another huge bonus is their Real Money program. I won an extra $15,000 in Skeeter contingency money last year alone. I couldn't be more excited to be running a Skeeter FXR21 for another season."

About B.A.S.S.B.A.S.S., which encompasses the Bassmaster tournament leagues, events and media platforms, is the worldwide authority on bass fishing and keeper of the culture of the sport, providing cutting edge content on bass fishing whenever, wherever and however bass fishing fans want to use it. Headquartered in Birmingham, Ala., the 515,000-member organization's fully integrated media platforms include the industry's leading magazines (BassmasterÂ andÂ B.A.S.S. Times), website (Bassmaster.com), TV show, radio show, social media programs and events. For more than 50 years, B.A.S.S. has been dedicated to access, conservation and youth fishing.